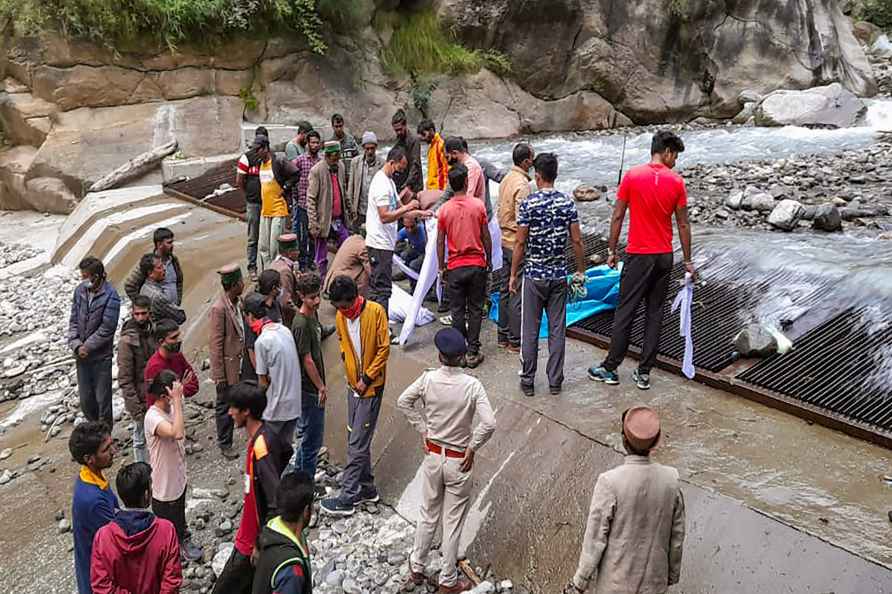 Kinnaur: Police and locals at a site where a car fell into a deep gorge, at Tapri in Kinnaur district, Tuesday, Sep 7, 2021. ( /PTI

Argentina approves emergency use of Sinopharm vax for kids

Buenos Aires, Oct 7 : Argentina has recently approved the emergency use of the Chinese Sinopharm Covid-19 vaccine for children aged between three and 11, according to health authorities. Accordi […]

San Francisco, Oct 7 : Apple has rolled out 'Find My' support to its AirPods Pro and AirPods Max headphones with a new firmware update. With Find My support, one will be now able to add AirPods […]

Shimla, Oct 7 : Hundreds of devotees assembled in different parts of Himachal Pradesh on Thursday and offered prayers on the onset of the nine-day Navratri, considered an auspicious period by Hindus. […]