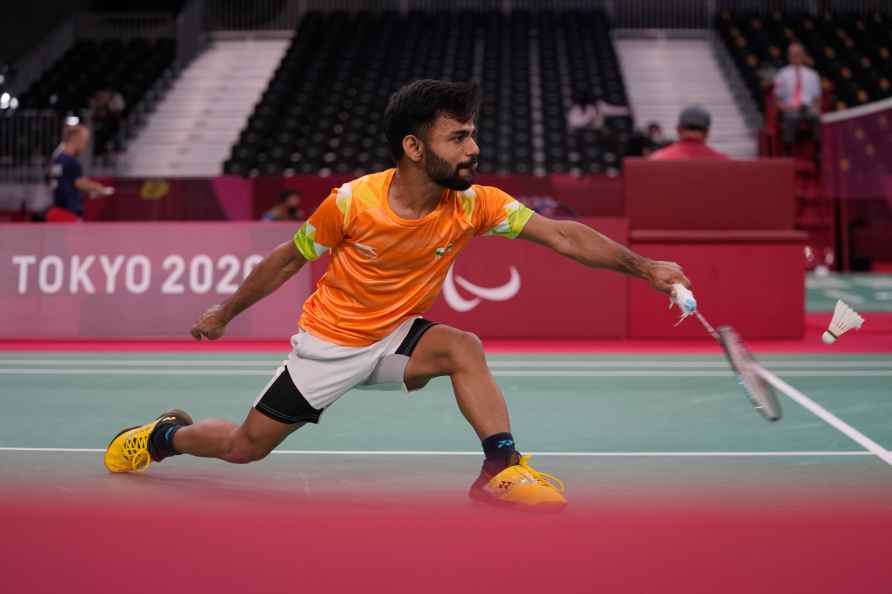 Tokyo, Sep 5 : Krishna Nagar won India's second gold medal from the badminton courts and fifth overall, beating Hong Kong China's Chu Man Kai in three hard-fought games in the final of the Men's Singles SH6 class at the Tokyo Paralympic Games on Sunday. After Suhas Yathiraj claimed silver in SL 4 in the morning, India's hopes for another gold medal from the badminton courts at the Yoyogi National Stadium depended on Nagar, the world No. 2 in his class, and the 22-year-old from Jaipur did not disappoint as he played a superb aggressive game to prevail over Chu 2-1 in 43 minutes. After winning the first game, Nagar, who took up badminton in 2014 and began playing seriously three years later, defeated Chu Man Kai 21-17, 16-21, 21-17 to win the match and gold medal on Sunday. This was India's fourth medal in badminton at Tokyo 2020 Paralympic Games after Pramod Bhagat won gold in SL3 on Saturday and Manoj Sarkar won bronze in the same class. On Sunday, Suhas Yathiraj won a silver medal, India's third in badminton before Nagar added a gold to the tally. This took India's overall tally to 20 medals -- 5 gold, eight silver, and 6 bronze medals. /IANS