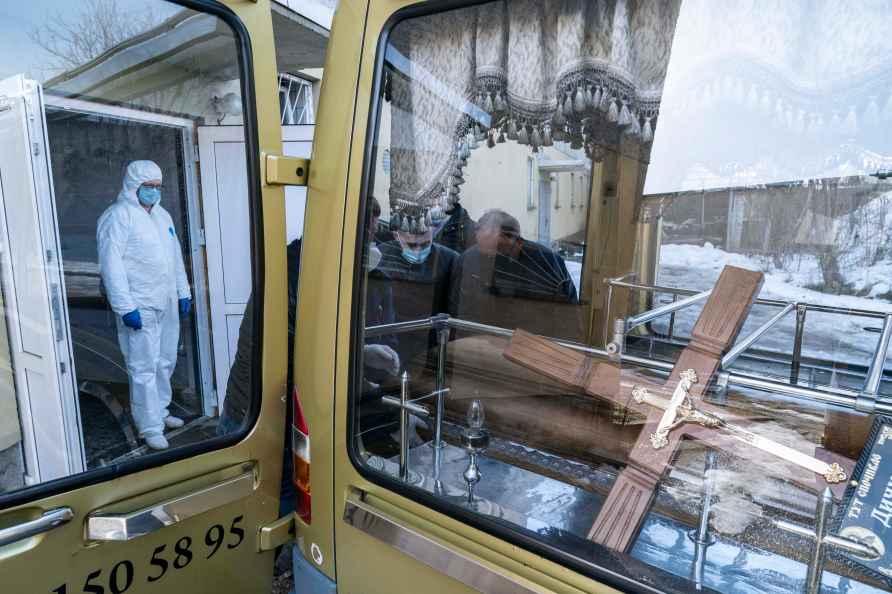 London, Aug 26 : Another 35,847 people in Britain have tested positive for Covid-19, bringing the total number of coronavirus cases in the country to 6,590,747, according to official figures released on Wednesday. The country also reported another 149 coronavirus-related deaths. The total number of coronavirus-related deaths in Britain now stands at 132,003. These figures only include the deaths of people who died within 28 days of their first positive test, Xinhua news agency reported. The latest data came as new research has found protection from two doses of the Pfizer or AstraZeneca vaccines begins to wane within six months. According to a press release from the ZOE COVID symptom study, which involved more than 1.2 million test results and participants, the initial protection against infection a month after the second dose of the Pfizer vaccine was 88 per cent, while after five to six months this fell to 74 per cent. Meanwhile, protection from the Oxford-AstraZeneca vaccine fell to 77 per cent just one month after the second dose. It decreased to 67 per cent after four to five months. "A reasonable worst-case scenario could see protection below 50 percent for the elderly and healthcare workers by winter," said Professor Tim Spector, lead scientist at the Study. "With high levels of infection in the UK, driven by loosened social restrictions and a highly transmissible variant, this scenario could mean increased hospitalizations and deaths." However, some experts found the statement from the ZOE COVID Study is "disappointing", because it failed to tease out these differences, to explain more clearly what it means by "infection risk reduction", and to comment on effectiveness against different outcomes". "There are various ways in which vaccines can or might be effective," said Dr. Peter English, Retired Consultant in Communicable Disease Control. "There is a world of difference between efficacy against, on the one hand, any infection and on the other hand, illness severe enough to require hospitalisation, critical care, or to cause death," said the expert. Nearly 88 per cent of people aged 16 and over in Britain have had their first dose of vaccine and more than 77 per cent have received both doses, the latest figures showed. /IANS

Active Covid cases drop below 1% as India logs just over 29.5K new ones
New Delhi, Sep 25 : India on Saturday reported 29,616 fresh Covid cases in the past 24 hours. Of these, the highest number was reported from Kerala wi

Ayodhya: UP BJP President Swantantra Dev Singh with party MP Lallu Singh and others at the unveiling of a new statue of Bharatitya Jana Sangh leader Deendayal Upadhyay on his birth anniversary, in Ayo […]