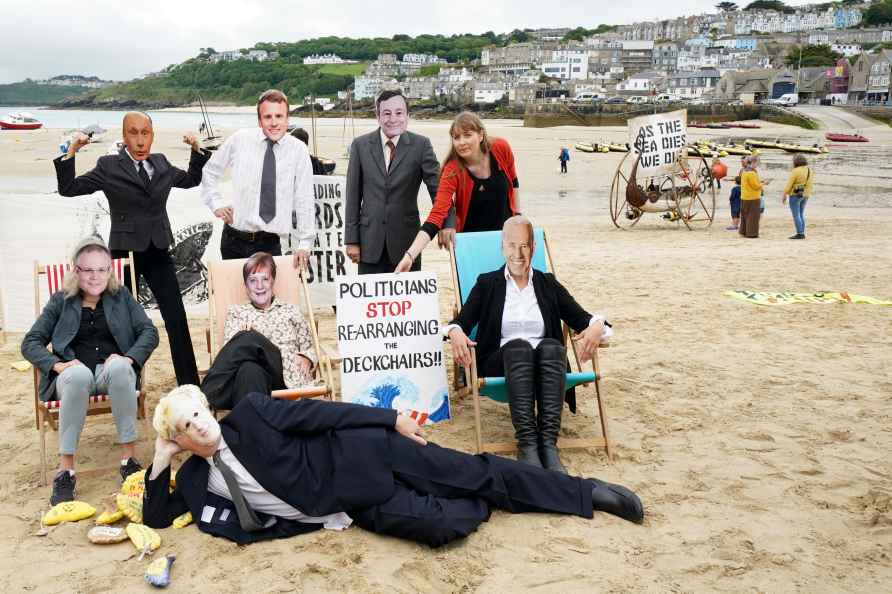 Ottawa, Aug 25 : Canadian Prime Minister Justin Trudeau announced on Tuesday that Canada is to keep its military personnel in Afghanistan despite US President Joe Biden's commitment for August 31 American military deadline in the country. "Our commitment to Afghanistan doesn't end when this current phase, this current deadline comes. We will continue to put pressure on the Taliban to allow people to leave the country," Trudeau said, Xinhua news agency reported. "We're going to continue to work every single day to get as many people out alongside our allies. The commitment by our fellow G7 nations is clear: we're all going to work together to save as many people as possible," Trudeau added. Trudeau's remarks came after the Tuesday virtual summit of G7 leaders who met to discuss whether an extension of the American military commitment to Afghanistan is needed for evacuating all foreign nationals and vulnerable Afghans who helped the Americans and the NATO allies before the country's recent fall to the Taliban. British Prime Minister Boris Johnson called the urgent summit to discuss the evacuation crisis and plot longer-term engagement with Afghanistan's Taliban leaders, as well as deal with the humanitarian crisis for refugees. Canada is one of the allied countries taking part in the evacuation of people from Kabul's chaotic airport, which American-led forces have secured for the time being. A Canadian military plane departed Kabul with over 500 evacuees on board on Monday, Canadian Defence Minister Harjit Sajjan said in a tweet. "Canadian evacuation flights will continue for as long as conditions permit." Before the summit, Trudeau said the return of the Taliban would have to prompt a broader rethinking of Canada's aid spending in Afghanistan. "That is absolutely something we're looking at right now, obviously, with the Taliban in control of the country. Our regular aid, investments and agencies need to be looked at carefully to make sure we are not supporting, indirectly, the Taliban," Trudeau said. /IANS

Indian naval ships, aircraft on standby for Cyclonic Storm 'Gulab'
New Delhi, Sep 26 : As the cyclonic storm 'Gulab' formed in the Bay of Bengal is expected to make landfall between north Andhra Pradesh and south Odis

Political bias on social media emerges from users, not platform

New York, Sep 27 : Political biases stem from the social interactions of our accounts -- we receive content closely aligned with whatever our online friends produce, especially our very first online f […]

Dubai, Sep 27 : Rajasthan Royals have won the toss and opted to bat first against Sunrisers Hyderabad in the 40th match of the IPL 2021 here on Monday. Royals youngster Kartik Tyagi is out with […]

A kisan protest without women

By Radhika Tiwari New Delhi, Sep 27 : The farmers' protest, where women had taken the lead a few months ago, witnessed no active female participation at Ghazipur border on Monday. "Most of th […]