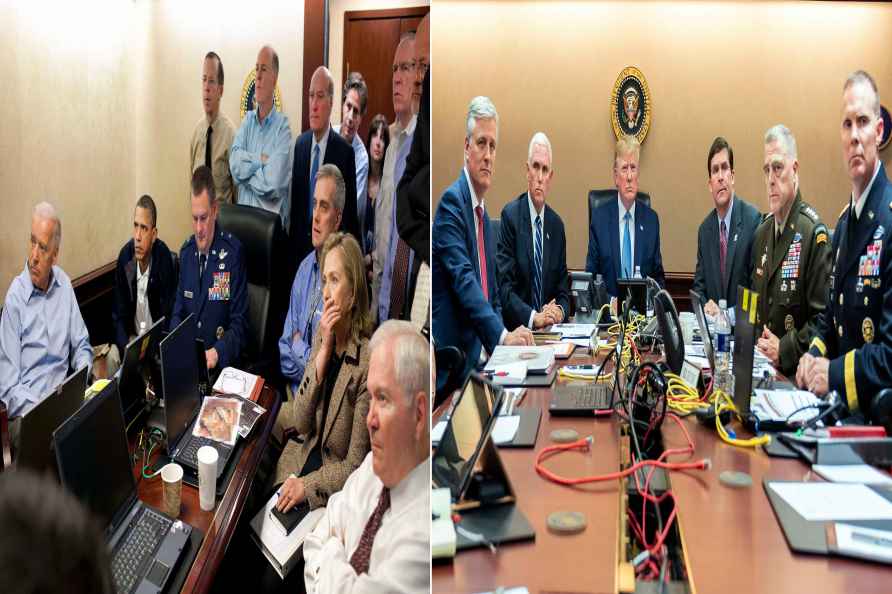 Washington, Aug 25 : US President Joe Biden on Tuesday told Group of Seven (G7) leaders that the United States aimed at completing Afghan evacuation by August 31, while asking for contingency plans to adjust the timeline if necessary. Biden attended a virtual G7 summit over Afghanistan earlier in the day, during which "he confirmed we are currently on pace to finish by August 31st," White House Press Secretary Jen Psaki said in a statement, Xinhua news agency reported. "He also made clear that with each day of operations on the ground, we have added risk to our troops with increasing threats from ISIS-K," she said, referring to the local affiliate of the Islamic State. "And that completion of the mission by August 31st depends on continued coordination with the Taliban, including continued access for evacuees to the airport." "In addition, the President has asked the Pentagon and the State Department for contingency plans to adjust the timeline should that become necessary," she added. The statement came as multiple U.S. news outlets reported that Central Intelligence Agency Director William Burns held a secret meeting with Taliban senior leader Abdul Ghani Baradar on Monday in Kabul, which likely covered the August 31 deadline issue. Earlier on Tuesday, Taliban spokesman Zabihullah Mujahid made it clear that the US should withdraw all troops and contractors from the country before the deadline and no extension for the ongoing evacuation process would be possible. Biden is facing pressure from allies and lawmakers to extend the ongoing evacuation beyond August 31. According to media reports, Britain and France had expected Biden to leave US troops in Kabul for additional days for the evacuation. In a Tuesday interview with FOX News, Senate Minority Leader Mitch McConnell urged the president to "forget about the August 31st deadline" and to continue the evacuation. Some congressional Democrats also questioned whether the evacuation could be completed in days. "It's hard for me to imagine all of that can be accomplished between now and the end of the month," House Intelligence Committee Chair Adam Schiff told reporters on Monday after receiving a classified briefing on Afghanistan. Biden in April ordered all US troops to leave Afghanistan before September 11, the 20th anniversary of the terrorist attacks that drew the United States into its longest war. He then brought forward the deadline to August 31 in July. The US has been scrambling to evacuate Americans and its Afghan partners from the country since the Taliban entered the capital Kabul on August 15. The White House said on Tuesday that around 21,600 people had been evacuated during a 24 hour-period ending early Tuesday morning. In total, approximately 58,700 people had left the country since August 14. The Pentagon said later in the day that "approximately 4,000 American passport holders plus their families" had been evacuated. The Biden administration thus far cannot provide a precise number of US citizens who remain in Afghanistan. US media estimated that number is between 10,000 and 15,000. /IANS

Political bias on social media emerges from users, not platform
New York, Sep 27 : Political biases stem from the social interactions of our accounts -- we receive content closely aligned with whatever our online f

New York, Sep 27 : Covid infection in breastfeeding women produces virus-neutralising antibodies that remain in their milk for up to 10 months, finds a new study. The study led by Icahn School o […]

Pampore (J&K), Sep 27 : It is a chilly morning in late September, the air brimming with the fragrance of Crocus sativus, the flower that produces the precious spice known as saffron, or zafran by its […]

Political bias on social media emerges from users, not platform

New York, Sep 27 : Political biases stem from the social interactions of our accounts -- we receive content closely aligned with whatever our online friends produce, especially our very first online f […]