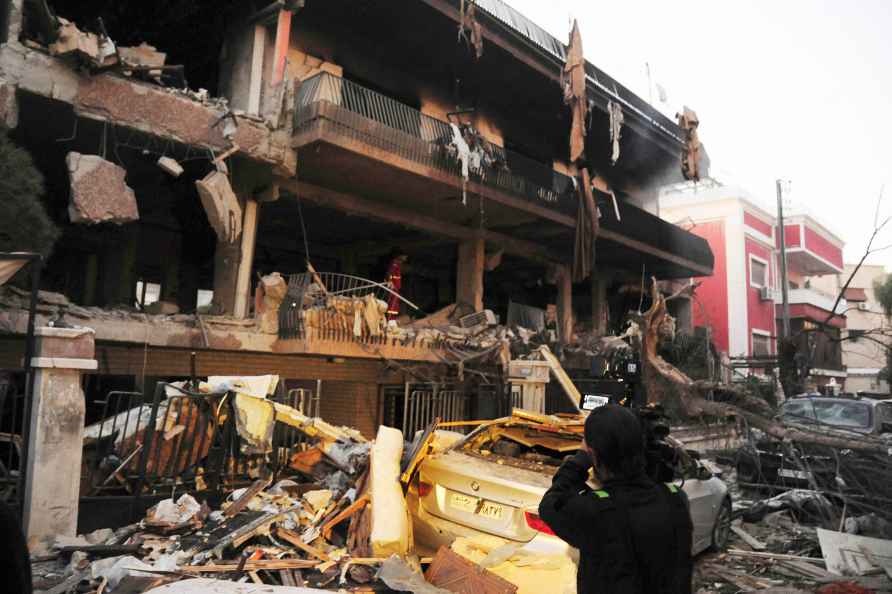 Damascus, Aug 20 : Israel launched missile strikes at some sites in the Syrian capital of Damascus and the central province of Homs. The Syrian air defences responded to the attacks late Thursday night, intercepting most of the Israeli missiles, Xinhua news agency quoted a military source as saying to local media. The Syrian authorities were assessing the damages caused by the strikes, the source added. The sounds of explosions were clearly heard in Damascus as the Syrian air defenses were responding to the attack. A Xinhua reporter in Damascus saw Syrian air defence missiles in the sky before loud explosions were heard. The Israeli attack was the second to hit Syria within two days, after a missile attack targeted military sites in the country's southwestern province of Quneitra on Tuesday. Israel has repeatedly launched attacks at Syrian military sites under the pretext of targeting the sites where pro-Iran militias are located. /IANS

Talks won't be meaningful under AFSPA shadow: NSCN-IM
Kohima, Dec 8 : The NSCN-IM on Wednesday while criticising Union Home Minister Amit Shah for his recent statement after the December 4 killing of 14 c

Washington, Dec 9 : US President Joe Biden has signed an executive order that requires the federal government to achieve a goal of net-zero carbon emissions by 2050. "As the single largest land […]

Not 'rare', but air crash of such magnitude occurred in 1963

By Arul Louis New York, Dec 9 : Hailing General Bipin Rawat's role in the transformation of India's military, US Defence Secretary Lloyd Austin said that he had left an " indelible mark" on defence […]

Ankara, Dec 9 : Turkish and Qatari companies will hold discussions on operating the airport in Afghanistan, and negotiate with the Taliban on the issue, state-run TRT broadcaster quoted Turkish Presid […]