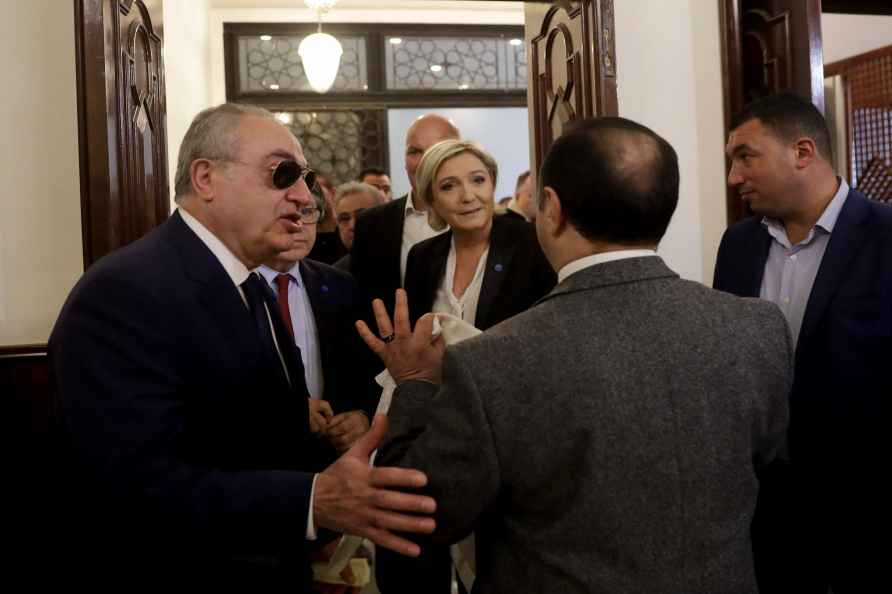 New Delhi, Aug 11 : Ridhima Pandit, who is currently a contestant in "Bigg Boss OTT", has shared why she is mostly seen in reality shows. The actress says she never planned her career and has a habit of not being too picky about what comes her way. Ridhima made her acting debut in 2016 with the show "Bahu Hamari Rajni Kant", where she played Rajni, a super humanoid robot. Later she was seen in number of reality shows "The Drama Company", "Dance Champions", "Fear Factor: Khatron Ke Khiladi 9" and "Khatra Khatra Khatraa" among many more. "I have never really planned my career. I have a habit of never saying no to opportunities that come my way. I respect everything that comes my way -- just that I enjoy hosting, acting and being part of reality content. Have a habit of never looking away from work...I won't just limit myself to anything but also take up anything that excites me and interests me," Ridhima told IANS. Talking about growth and popularity of reality shows as compared to daily soaps, Ridhima said there is no comparison. "Fictional shows give us the opportunity of catering to an audience who are used to having us every single day in their living room. With non-fictional that's not the case it is only weekends. But with Bigg Boss that line gets blurred... they see our 24-hour activity," she added. "Bigg Boss OTT" is hosted by Karan Johar. It streams on Voot Select. /IANS

'Sardarni' Amandeep Sidhu shares her plan to celebrate Ganesh Chaturthi at home
Mumbai, Sep 10 : 'Teri Meri Ikk Jindri' actress Amandeep Sidhu, who plays the role of 'Mahi' in the show, is all ecstatic to bring home her first ever

Belfast, Sep 11 : Persistent rain ensured the second One-day International between Ireland and Zimbabwe was abandoned after the hosts had posted 282 for 8 in their 50 overs late on Friday (IST). […]

Djokovic overcomes Zverev in five sets, to clash with Medvedev for title

New York, Sep 11 : Alexander Zverev may have spoiled world No. 1 Novak Djokovic's dream of a Golden Slam at the Tokyo Olympic Games, but the Serbian did not let the German halt his pursuit of the Gran […]

London, Sep 11 : Britain's gross domestic product (GDP) is estimated to have grown only by 0.1 per cent monthly in July, 2.1 per cent lower than its pre-pandemic level in February 2020, the Office for […]

Kate Beckinsale rushed to hospital after back injury

Los Angeles, Sep 11 : Actress Kate Beckinsale has reportedly been taken to a Las Vegas hospital after she injured her back at a hotel. The 48-year-old actress was rushed to the emergency room, r […]