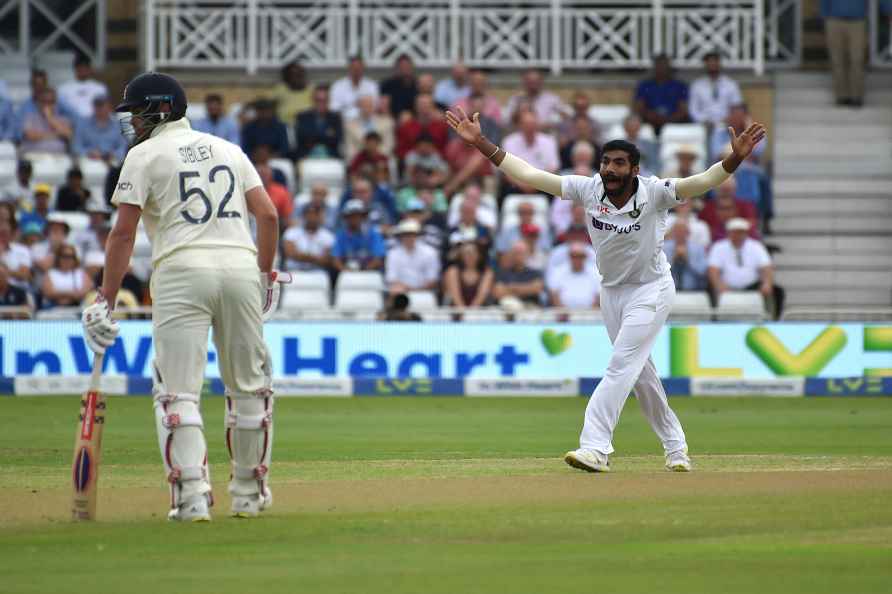 Pakistan's continuing nefarious designs in J&K
[Paris: Security forces patrol outside at the Palace of Justice Wednesday, Sept. 8, 2021 in Paris. France is putting on trial 20 men accused in the Is

Bengaluru: Afghan students raise slogans during a protest against the Taliban takeover of Afghanistan and demanding support for the country in Bengaluru, Wednesday, Sept. 8, 2021. ( /PTI […]

New Delhi: Union Minister for Women and Child development Smriti Irani during an event for Independent MLA from Dhanolti Uttrakhand, Pritam Singh Panwar as he joins BJP at party headquarters in New De […]

New Delhi, Sep 8 : The National Institutes of Health (NIH), a part of the U.S. Department of Health and Human Services has revealed the mystery of how lung cancer arises in people who have never been […]

New Delhi, Sep 8 : The Taliban's religious leader, Mullah Hibatullah Akhundzada, hours after the announcement of the new Afghanistan cabinet, issued a statement saying the new cabinet will start its w […]