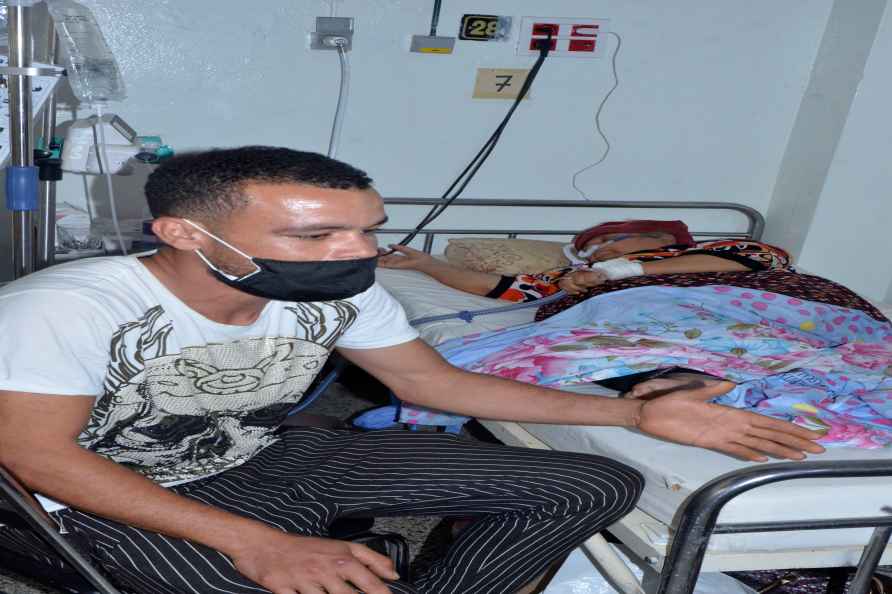 Seoul, Aug 1 : South Korea reported 1,442 new cases of Covid-19 on Sunday, raising the total number of infections to 199,787. The daily caseload was down from 1,539 since the previous day, but it has hovered above 1,000 for 26 straight days. The daily average tally for the past week was 1,563. The recent resurgence was attributable to cluster infections in Seoul and its surrounding Gyeonggi province. Of the new cases, 469 were Seoul residents and 393 were people residing in Gyeonggi province. The virus spread also raged in the non-metropolitan region as people in the capital area moved to the countryside to enjoy summer holidays. The number of newly infected people in the non-capital areas was 437, or 31.5 per cent of the total local transmission. Fifty-six more cases were imported from overseas, lifting the combined figure to 11,952. Three more deaths were confirmed, leaving the death toll at 2,098. The total fatality rate stood at 1.05 per cent. A total of 1,497 more patients were discharged from quarantine after making full recovery, pulling up the combined number to 175,674. The total recovery rate was 87.93 per cent. The country has tested over 11.75 million people, among whom 11,173,399 tested negative for the virus and 378,600 are being checked. Since the mass vaccination was launched on February 26, the country has administered Covid-19 jabs to a total of 19,444,120 people with 7,145,922 fully vaccinated. /IANS

TN to receive 1.4 cr vax doses for Sep, to inoculate 5L daily
Chennai, Sep 1 : The Union Health Ministry has allocated 1.4 crore doses of Covid-19 vaccines to Tamil Nadu for the month of September. A communique f

Dhaka, Sep 1 : The return of Mushfiqur Rahim, who missed the T20I series against Australia for not fulfilling quarantine requirements, will be a massive boost for Bangladesh as they take on an under-s […]

Chennai, Sep 1 : The Union Health Ministry has allocated 1.4 crore doses of Covid-19 vaccines to Tamil Nadu for the month of September. A communique for the union health ministry to the state health d […]

San Diego, Sep 1 : A US Navy helicopter has crashed off the coast of San Diego, California, while conducting routine flight operations, officials said on Tuesday. "An MH-60S helicopter embarked […]

New Delhi, Sep 1 : The same clean air policies that can reduce fossil fuel emissions and help reign in climate change can also add up to five years onto people's lives in the most polluted regions whi […]