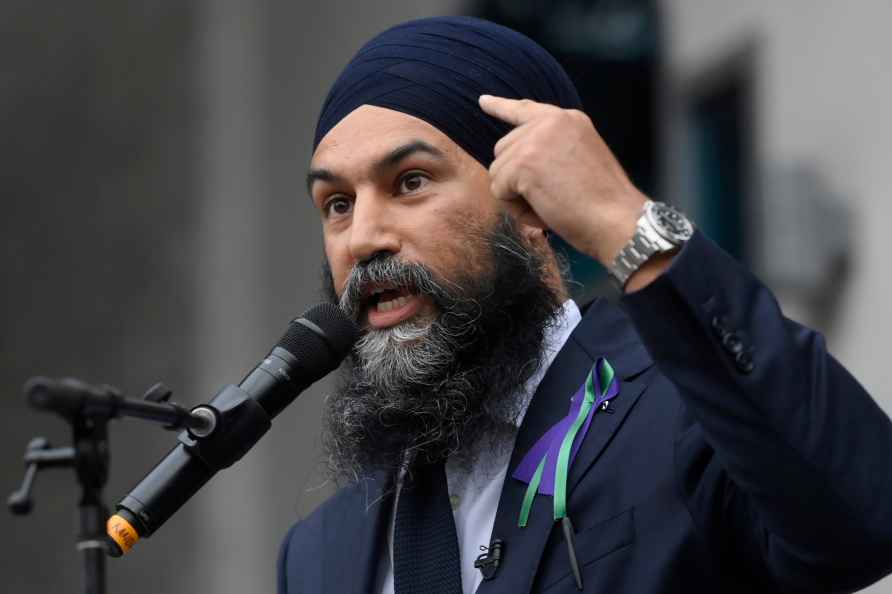 Bulandshahr (Uttar Pradesh), July 22 : An FIR has been filed against district president of BJP's Yuva Morcha, Deepak Dulhera, along with 21 named and 40 unnamed people for attempt to murder, rioting, disturbing peace and several other serious sections. They are allegedly accused of creating ruckus in the Secunderabad Kotwali area over construction of a roadside nullah. The accused is said to have assaulted an elderly and his kin and as the video of the act went viral, police filed an FIR but no arrest has been made in the matter so far. According to the FIR, the complainant, Krishnapal, has alleged that Dulhera had entered his house along with a mob and thrashed his family over a post poll dispute. The complainant alleged that the accused misbehaved with his daughter and wife as well, and used derogatory language. In another cross-FIR filed by Dulhera against Krishnapal and four others, he alleged that they had fired at his convoy but he escaped. Sub-inspector Kuldeep Singh said, "Both Dulhera and Krishnapal have accused each other of attempt to murder. We have filed an FIR under relevant section and investigation is on." /IANS