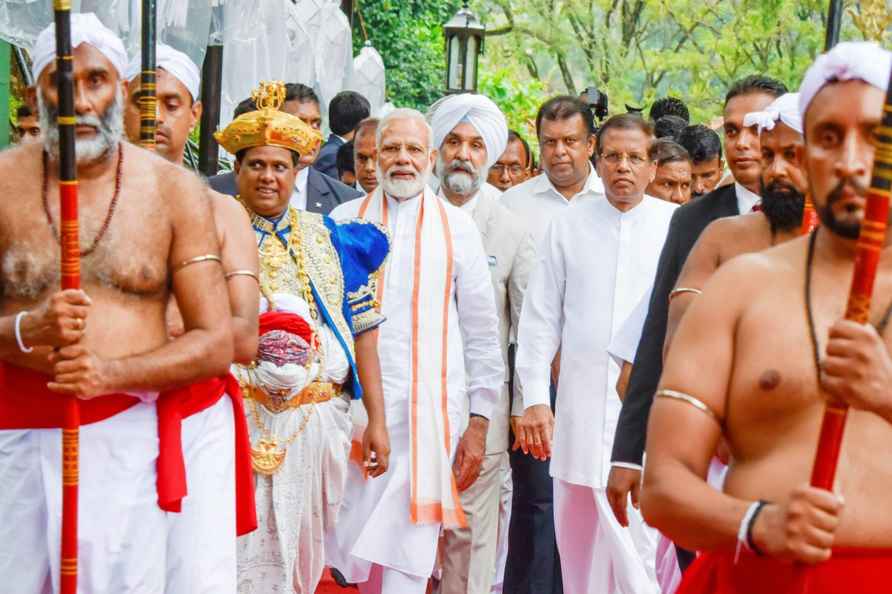 By MK Ashoka Bengaluru, July 21 : Arjuna awardee weightlifter Satheesha Rai, who came up with his second-best performance at the 1996 Atlanta Olympics, says that the Indian contingent in Tokyo has the best chance of winning more medals for the country. "I expect maximum medals this time in weightlifting, shooting, archery, hockey, boxing and wrestling. The government has taken special care of athletes. Our athletes have trained abroad all this while," Satheesha Rai told IANS. "The address by Prime Minister Narendra Modi to the contingent before it left for Tokyo will go a long way in boosting the morale of sportspersons," feels Rai. Rai began his sporting career during college days. "I was an athlete and practiced long-distance running initially. I became the national champion in weightlifting 14 times. Later, I was supported by the Sports Authorities of India (SAI). I joined the banking services in 1994 and I did not even go to the bank for attendance. They gave me full support (during playing days). Alva's Sports Foundation has also given me financial aid," he says. Rai went on to secure 10th place in 76kg weight category in Atlanta. "It was the second-best performance by an Indian after tennis player Leander Paes who won bronze in singles," he recalls. Now, Rai is a full-time banker working as assistant general manager at Union Bank of India in Bengaluru. "During our times, there was not much support from the government. We had to arrange for all the (food) supplements. We didn't know whether we would go on tours or not. Many times, international tours got cancelled for one reason or the other. We had to stand in queues to obtain visas. However, sportspersons now do not have to bother about anything other than training," Rai explains. "Sportspersons are trained by foreign coaches and the Sports Authority of India (SAI) takes full responsibility for providing food, vitamin tablets and supplements. Medical facilities were not so great during our times. Now, eatables from outside are not allowed inside training camps." Rai won two gold medals and a bronze at the 2002 Manchester Commonwealth Games. But he was stripped of the medals as he tested positive for a banned substance. However, Rai maintains he is clean and that he competed in 16 international events, including the Olympics and World Championships, without being caught. Rai had to serve a life ban. Rai has urged the younger generation to utilise the facilities being provided by the government to make the country proud. /IANS

Los Angeles, Sep 24 : Hollywood star Daniel Craig has been appointed as an honourary Commander by the British Royal Navy, the same rank held by his famous character 'James Bond'. The 53-year-old […]

Washington, Sep 24 : A US Centers for Disease Control and Prevention (CDC) advisory panel has endorsed booster shots of the Pfizer-BioNTech Covid-19 vaccine for Americans aged 65 and older, as well as […]

BJP strikes alliance with Nishad Party in UP