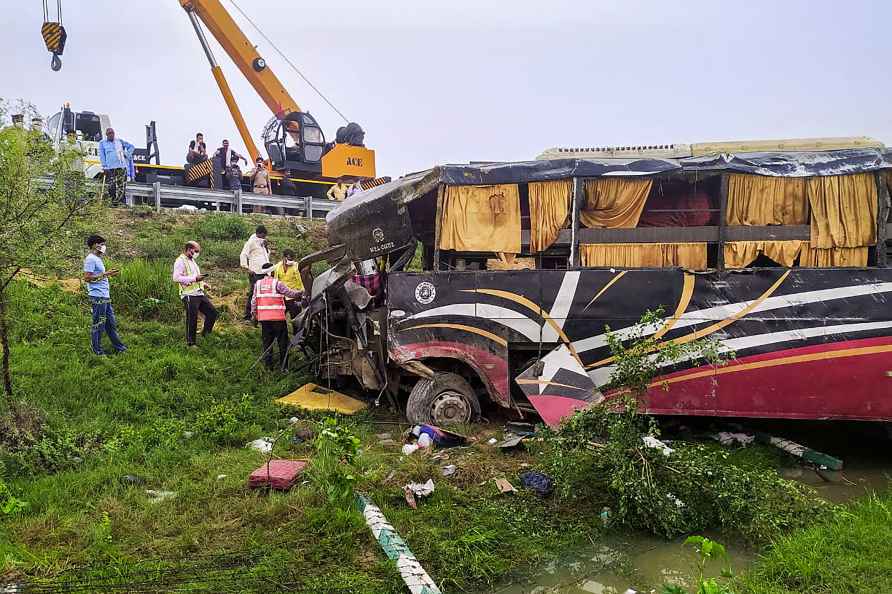 Islamabad, July 19 : At least 27 people were killed and over 30 others injured when a passenger bus collided with a trailer in Pakistan's Punjab province, local media reported on Monday. According to the reports, the accident occurred after the over-speeding bus collided with a trailer near Taunsa bypass in Dera Ghazi Khan district, reports Xinhua news agency. Rescue teams rushed to the site and shifted the victims to the near hospital. The bus was heading to Sialkot city from the Rajanpur district of the province. Road accidents are quite frequent in Pakistan mainly due to poor roads, badly maintained vehicles and unprofessional driving. /IANS

Fourth Covid wave weakens in Pakistan
Islamabad, Sep 15 : Pakistan has been recording a slow decline in its daily Covid-19 numbers over the last two days, with 2,714 fresh cases reported o

New Delhi, Sep 21 : In a move to increase the business opportunities and income of fair price shops (FPS), the Department of Food and Public Distribution (DFPD) under the Ministry of Consumer Affairs […]

Truck collides with train outside Bengaluru, no casualties

Bengaluru, Sep 21 : In a potential major tragedy, a truck collided with a passenger train while crossing railway tracks on the outskirts of Bengaluru on Monday night but no deaths or injuries were rep […]

New Delhi, Sep 21 : To help India fight obesity and diet-related non-communicable diseases (NCDs) epidemic, the Centre for Science and Environment (CSE) has called for a law on front-of-pack labelling […]