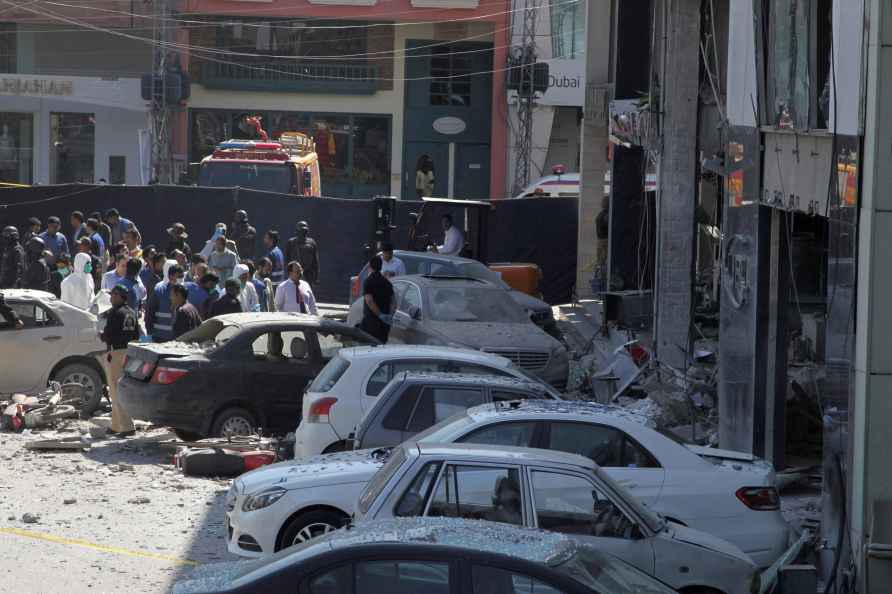 Lagos, July 11 : At least 35 people have been killed by gunmen who attacked five villages in northwest Nigeria's Zamfara state, police said on Saturday. Mohammed Shehu, the police spokesperson in Zamfara, told Xinhua on phone that the gunmen in large numbers invaded five villages in Maradun local government area on Thursday, shooting sporadically at the unsuspecting residents while destroying houses and properties. "Thirty five people were killed by the bandits," Shehu said. According to the police spokesperson, security forces were unable to reach the affected villages on time after receiving the report of gunmen attacks due to the poor road condition, the Xinhua news agency reported. He said police are currently in pursuit of the gunmen. There have been a series of gunmen attacks in Nigeria in recent months, leading to deaths and kidnappings. /IANS

Narendra Giri's fraud complaint to be included in CBI probe
Prayagraj (Uttar Pradesh), Sep 26 : The Central Bureau of Investigation (CBI), which is probing the death of Mahant Narendra Giri, has decided to incl

New York, Sep 26 : 'Bridgerton' fans may not have Regé-Jean Page (aka Simon, the Duke of Hastings) to drool over, but Netflix is promising that they'll be swept off their feet in Season 2, this time, […]

New Delhi, Sep 26 : Prime Minister Narendra Modi in his monthly radio programme 'Mann Ki Baat' on Sunday said that about 5,000 amateur young writers were working on the contribution of unsung heroes a […]

US maintains sanctions pressure on Taliban, restrictions to finances

By Sanjeev Sharma New Delhi, Sep 26 : The US administration said it has maintained sanctions pressure on the Taliban and its leaders, as well as the significant restrictions on their access to the […]

Mumbai, Sep 26 : Actor Sikandar Kher who is playing a pivotal part in the upcoming Vasan Bala directorial 'Monica, O My Darling', says the eye for detailing Vasan has is very interesting and he wishes […]