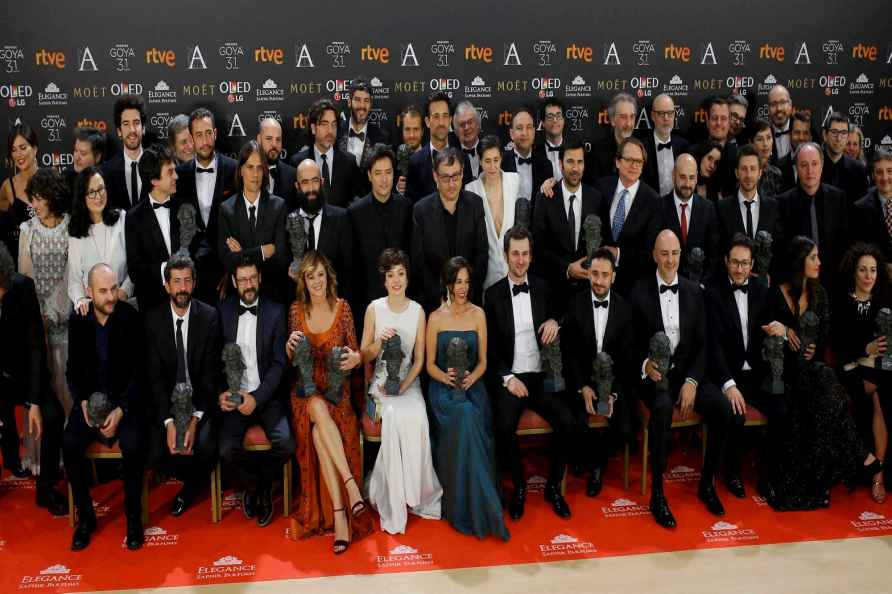 Amaravati, July 8 : On the eve of the birth anniversary of Y. S. Rajasekhar Reddy, former Chief Minister of Andhra Pradesh, the state government on Wednesday announced YSR Lifetime Achievement Awards and YSR Achievement Awards to individuals and institutions for excellence in diverse realms. As many 63 awards were announced, mainly recognizing the works which reflected the ideals of Rajasekhar Reddy and the philosophy of Jagan Mohan Reddy, including amplifying Telugu culture and social service. Aspects of rural background and down to earth nature prominently featured in picking up the winners. "It was a difficult task to select the names in tune with the ideals of Rajasekhar Reddy and the philosophy of Chief Minister Jagan Mohan Reddy picking the common man for the uncommon talent and exemplary contribution in their respective fields of work ranging from agriculture to literature, social work and medicare," noted G.V.D. Krishna Mohan, government advisor (communications). Notable winners included MSN Charitable Trust, Pall Venkanna, folk singer Vangapandu Prasada Rao, Pondur Cotton, Rajasekhar Reddy' favourite attire, Kalipatnam Rama Rao, Kethu Viswanatha Reddy and others. A bunch of farmers, artistes, authors, journalists and Covid warriors were also awarded. YSR Lifetime Achievement Award, carrying a purse of Rs 10 lakh and a memento, winning journalists include Palagummi Sainath, A.B.K. Prasad, Surendra, Telakapalli Ravi and Imam. Winning journalists under the posthumous category include Pothuri Venkateswara Rao, Sheikh Khaza Hussain (Devipriya) and K. Amarnath. Lifetime achievement award came with a cash incentive of Rs 5 lakh and a memento. These wards will be presented in the second week of August. Henceforth, these awards will be an annual affair. /IANS

Trolls must watch films before letting conclusions jump on them
By Sourish Bhattacharyya New Delhi, Aug 11 : It is a sad commentary on the divisive times we live in that films get trolled, and the patriotism of t

ED to conduct parallel probe to track money trail in WBSSC scam
Kolkata, May 27 : The CBI has now roped in Enforcement Directorate (ED) to track the money trail in the West Bengal School Service Commission (WBSSC)

How much and how often should courts adjudicate matters of religous fervour?
By Adeel Ahmed New Delhi, May 22 : In the old city of Jerusalem, there lies a 187-foot long 'Western Wall, built by Herod on the western flank of t

UN voices concern over outbreaks of diseases in flooded Pakistan

Lakhimpur Kheri: Locals gather at the site after a collision between a bus and a truck, in Lakhimpur Kheri, Wednesday, Sept. 28, 2022. Atleast 8 people were killed and 14 others injured in the mishap, […]