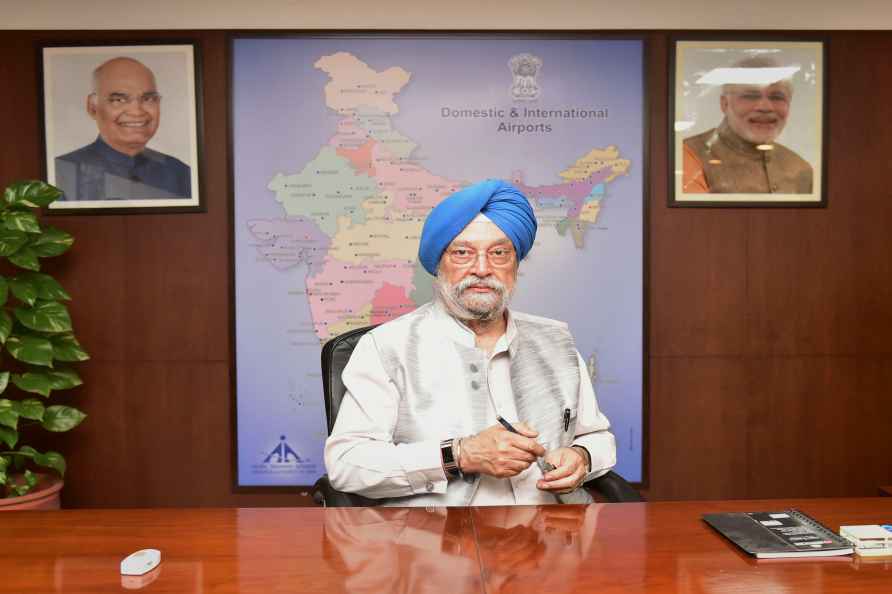 Mumbai, July 8 : Hardeep Singh Puri will now take charge of the Ministry of Petroleum and Natural Gas. He has relinquished the portfolio of Civil Aviation but still hold the Housing and Urban Affairs Ministry. Puri succeeds Dharmendra Pradhan as India's new Petroleum and Natural Gas Minister. The former diplomat has a tough task at hand with the global oil prices surging amid supply constraints and demand hopes. Further, the ever-increasing domestic petrol and diesel prices too would remain a key issue to deal with. Pradhan, off late was urging global oil exporters including the OPEC to gradually do away with the production cuts and help lower the surging oil prices. Another major task at hand for Puri would be the privatisation of Bharat Petroleum Corporation Ltd (BPCL) which has been delayed due to initial subdued interest among the investor fraternity coupled with the pandemic-induced slowdown. The challenge must not be much different from his experience with the inordinately delayed privatisation of Air India which he tried to achieve during his stint as the Civil Aviation Minister. /IANS

Mandi: A damaged truck after boulders fell on it on Chandigarh-Manali...