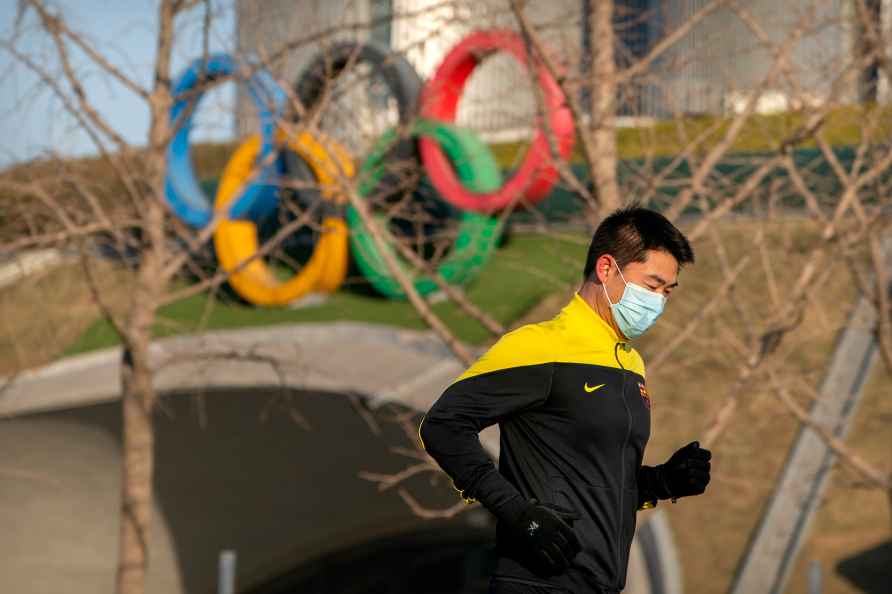 By Archana Sharma Jaipur, July 6 : Bhawna Jat, coming from a farmer's family in Rajasthan's Rajsamand region, will be representing India in the 20km race walk event at the Tokyo Olympics. Fighting prejudices, financial constraints, and a biased mindset, Jat has been a champion all her life, winning against all odds since the beginning of her long, complicated journey from the tiny village of Kabra in Rajasthan. Making a humble start, she made headlines in February 2020 when she set the then national record at the National Open Race Walking Championships in Ranchi. Bhawna completed the event in 1 hour 29 minutes and 34 seconds, well within the qualifying mark of 1 hour and 31 minutes needed to qualify for the Tokyo Olympics. Her achievement has been remarkable as she belongs to a family of farmers which weren't financially strong and because of it, she had to leave her college education. Further, she had to fight the 'regressive mindset', encountering villagers who were openly telling her father to not send her out of the house. Also, Bhawna used to face taunts for practicing in shorts and therefore she began practicing as early as 3 am daily to escape the mental anguish, However, her family, including her father and brother, supported Bhawna's passion and dreams. Even her elder brother Prakash Jat, helped her pursue a career in sports by providing whatever means he could. Her hard work started showing results. While studying in the village school, Bhawna won a silver medal at a national event and soon more medals followed at various other competitions. She was employed by the Railways as a reward for her accomplishments. Surprisingly, the goal-oriented girl didn't know anything about the Olympics before 2011 but within nine years, has made it to Tokyo 2020. While the news bought individual recognition for her, it also helped in changing the mindset of people in her village who reportedly reached out to her in hopes of their daughters making a career in race walking. Having established herself at the national level, the next goal for Bhawna is winning a medal at Tokyo Olympics. /IANS

Sports teaches us to be together: Chopra trashes javelin controversy
Panipat, Aug 26 : India's first-ever gold medallist in athletics at the Olympics, Neeraj Chopra, has trashed claims that Pakistan's Arshad Nadeem was

Kinnaur: Police and locals at a site where a car fell into a deep...

New Delhi, Sep 7 : The decline in the daily Covid cases continued for the second consecutive day on Tuesday with 31,222 new cases registered in the last 24 hours, pushing the total cases to 33,058,843 […]

Thiruvananthapuram, Sep 7 : In what's believed to be a serious security lapse, a murder convict jailed at the high profile Thiruvananthapuram Central Jail at Poojapura in the heart of the capital city […]