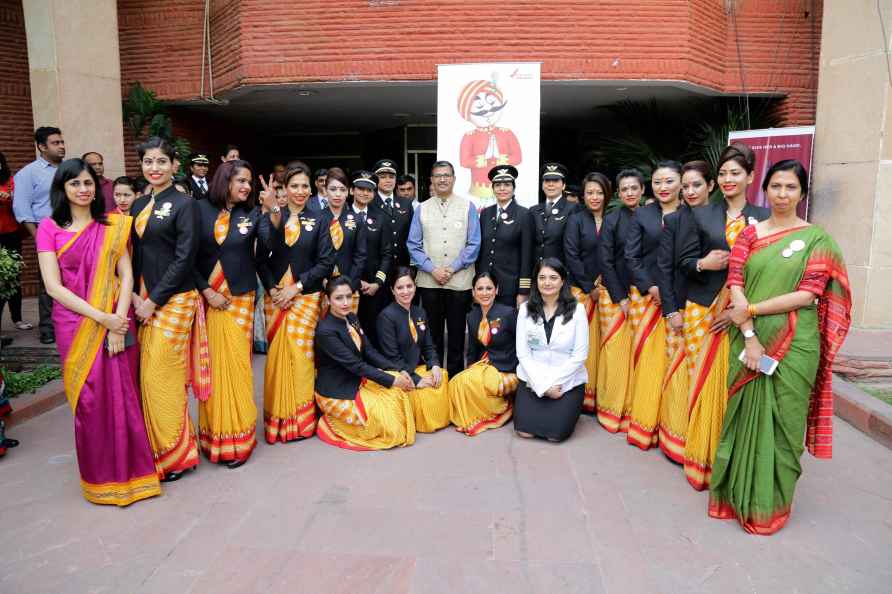 New Delhi, June 18 : Air India has put several of its real estate properties across the country up for sale and has sought e-auction bids from interested parties. The national carrier which is up for divestment, has invited bids through MSTC. The properties put on the block include five units at Asian Games Village Complex in New Delhi, four units of 2BHK flats at Sohini Apartments, 18/2A-1 Udai Shankar Sarani, Golf Green in Kolkata. The Mumbai properties up for sale include a residential plot with 14 flats of built-up area of around 2,030 square metre at Pali Hill, Bandra (W). The other property is a 3BHK flat and two units of 2BHK flats, Sachin D Strains, Gazdar scheme, Santacruz (W). The 14 properties up for sale include assets in Nagpur, Thiruvananthapuram, Bengaluru, Bhuj and Aurangabad. The bid starts on July 8 and closes July 9 for all the properties. The property in Bengaluru for which the national carrier has sought bids is a residential plot number 3, area 5,934 square metre, KHB Layout, Gangamuthanhalli Village, Devanhalli Taluk. The airline which has been running in losses is already up for sale, however, the disinvestment process has been significantly delayed due to lack of interest among investors in the initial stage along with the impact of the pandemic. /IANS

GST payable only on profit earned from resale of gold jewellery
New Delhi, July 18 : In a major relief for jewellers, the Karnataka Authority for Advance Ruling (AAR) has held that in case of resale of second-hand

Jerusalem, July 18 : An Israeli company that sells spyware to governments has been linked to fake Black Lives Matter and Amnesty International websites that are used to hack targets, according to a re […]

Armaan Malik suggests fans to be nice to people