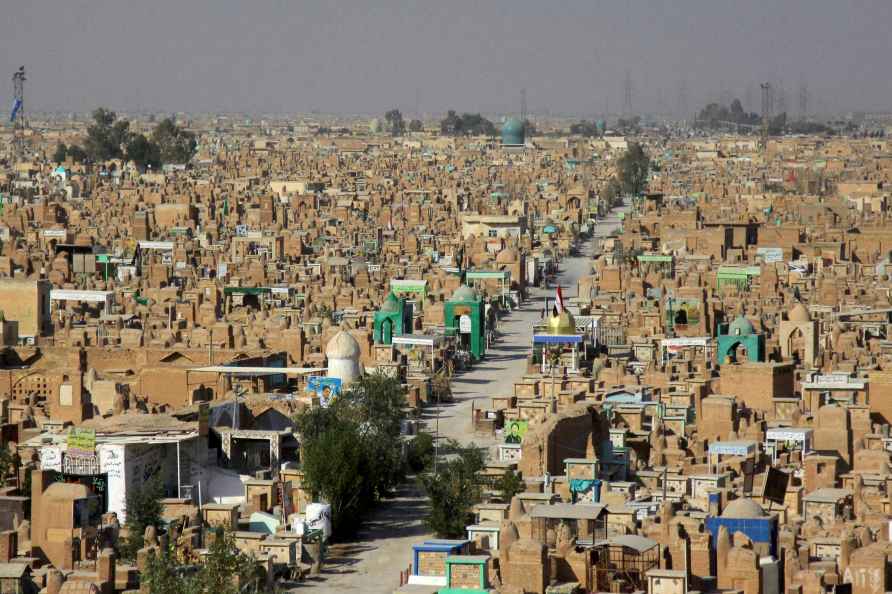 Kabul, June 7 : People who worked for foreign forces in Afghanistan will be safe and should not leave the country as the international troops withdraw, Taliban forces said in a statement on Monday. "None should currently desert the country. The Islamic Emirate will not perturb them," dpa news agency reported citing the statement as saying. Tens of thousands of Afghans have worked with the international forces in the past 20 years as interpreters, security guards, and as helpers in other capacities. They fear retaliation from the Taliban once the foreign forces have left. Many have applied for special visas to leave the country. Countries, including the US, Germany and Britain - have programmes to resettle their local staff. The applications of around 18,000 Afghans seeking a special immigration visa are currently pending at the US embassy in Kabul, according to embassy data. Thousands of others have already been resettled to the countries they have worked with. According to No One Left Behind, a US non-governmental organisation, around 300 people who worked as local staff for the US military or their family members have been killed since 2016. In the past, the insurgents have said Afghans working with the "invaders" are "traitors" or "slaves". Now, the insurgent group calls on these Afghans to "show remorse for their past actions" and says they should not engage in such activities in the future. "We viewed them as our foes when they were directly standing in the ranks of our enemies," Monday's statement added. "But when they abandon enemy ranks and opt to live as ordinary Afghans in their homeland, they will not face any issues." /IANS

UK court denies Pak right to challenge jurisdiction in Reko Diq case
By Hamza Ameer London, July 8 : The judge of a UK court has denied Pakistan the right to level corruption allegations as a defence and challenge th

Kolkata, July 8 : A division bench of the Calcutta High Court comprising justices Soumen Sen and Harish Tandon on Thursday expressed concern over the huge financial involvement in the infrastructure d […]

New Delhi, July 8 : The Delhi High Court on Thursday said that there is no interim protection for Twitter and the Centre is free to take any action if the micro-blogging site breaches the new IT rules […]

Colombo, July 8 : Sri Lanka were dealt a blow ahead of the ODI series against India, that begins on July 13, when their batting coach Grant Flower tested positive for Covid-19. "Batting coach of […]

Hyderabad, July 8 : Telangana's Industry and Information Technology Minister K.T.Rama Rao has provided Rs 2.5 lakh to to the family of Aishwarya Reddy, a student who committed suicide as she could not […]