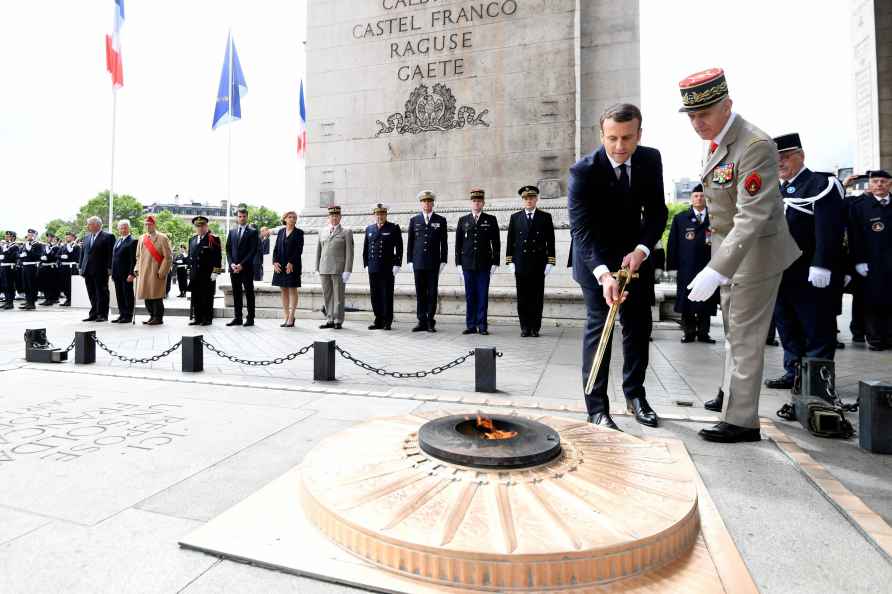 Paris, June 2 : Australian world No. 1 Ashleigh Barty survived a scare before overcoming 70th ranked Bernarda Pera of the USA 6-4, 3-6, 6-2 in the first round and extending her personal winning streak at French Open to eight. Czech Republic's former world No. 2, Petra Kvitova, gave a walkover to Russia's Elena Vesnina before the second-round match due to an ankle injury, while Ekaterina Alexandrova, the world No. 32 from Russia, got the better of seven-time Grand Slam champion and former finalist Venus Williams 6-3, 6-1 in the opening round. Venus, the 2002 finalist, was competing in her 24th French Open. Ekaterina converted six of her seven break points to set up a second-round clash with world No. 33 from the Czech Republic, Barbora Krejcikova. Barbora, who won her maiden career WTA singles title in Strasbourg last week, defeated fellow Czech player Kristyna Pliskova, 5-7, 6-4, 6-2. Ashleigh, winner of the title here in 2019, had skipped the 2020 edition held in October due to the Covid-19 pandemic. Reflecting on returning to the venue of her maiden Grand Slam title, the Australian said, "A little bit different but the world is different, isn't it? The world we live in now is vastly different to that of 2019 when we were here." "But certainly it was really enjoyable to be back out on Philippe Chatrier," Ashleigh told wtatennis.com Ashleigh seemed to have completely recovered from the arm injury she suffered during her quarter-final against American teenager Coco Gauff at the Italian Open in Rome a fortnight back, where she was forced to retire. Two-time Wimbledon champion Petra withdrew prior to her second-round match due to injury. The 11th-seeded Czech, who had entered the semi-finals here last year, posted on social media that she had injured her ankle after a fall during her first-round victory on Sunday. "I have made the tough decision that it would be unwise to play on it. It's incredibly bad luck, but I will stay strong and do my best to recover in time for the grass-court season," she said. /IANS

Returning Nadal to begin US Open tune-up with Citi Open
Washington DC, Aug 1 : Spain's Rafael Nadal will begin his tune-up for the US Open in August-September with the Citi Open -- an ATP 500 hard-court tou

Beijing, Aug 2 : The death toll from floods triggered by torrential rains in China's Henan province has increased to 302 as of Monday, according to the information office of the local government. […]

San Francisco, Aug 2 : Video chat and collaboration app Zoom has agreed to pay $85 million to settle a class-action lawsuit in the US that accused the platform of sharing users' data with third-party […]