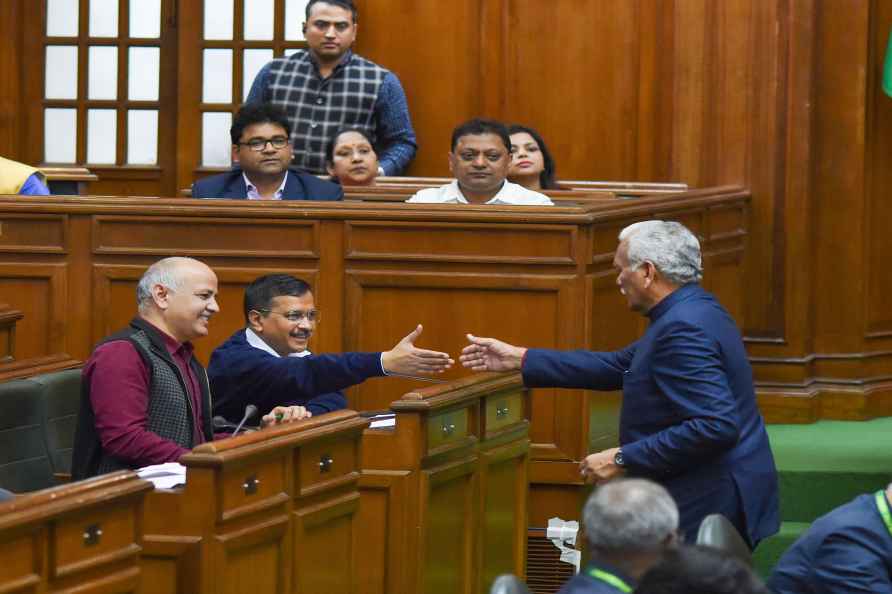 New Delhi, May 8 : Upon reviewing the Centre's guidelines for allocating oxygen to the hospitals and the patient-wise data in Delhi, it has been concluded that the national capital requires 700 metric tonnes (MT) oxygen supply per day, Deputy Chief Minister Manish Sisodia said on Saturday. The remarks of Sisodia, who is also the nodal minister for Covid management in Delhi, came a day after the BJP-led Centre blamed the Delhi government for demanding oxygen more than its actual need and demanded for an audit of oxygen supply on the basis of number of patients in the national capital. Sisodia said that Delhi requires a minimum of 700 MT oxygen supply daily to cater to the growing number of patients, while an increase in Covid beds would necessitate oxygen allocation of 976 MT in the city in the coming days. However, Delhi on Friday received only 488 MT of oxygen, he said. "Managing with only 488 MT of oxygen is proving be a tough task for the officials to ensure efficient and effective distribution and management of oxygen to all the hospitals. However, Delhi government could manage things with its efforts," he said. The Deputy CM sated that although the Supreme Court has asked the Centre to allocate 700 MT of oxygen to Delhi per day, no step has been taken on this front. "We hope the Government of India will extend its full support in ensuring Delhi's oxygen supply does not decrease," he added. /IANS

Goa to launch Tika Utsav 3.0 from June 13 to ensure 100% first dose coverage
Panaji, June 11 : The Goa government will launch 'Tika Utsav 3.0' from June 13 with the objective of ensuring 100 per cent coverage of the first vacci

Telangana MP's green challenge making a difference
By Mohammed Shafeeq Hyderabad, June 11 : Planting saplings on birthdays by politicians and celebrities in Telangana seems to have become the new fas

Panaji, June 11 : The Goa government will launch 'Tika Utsav 3.0' from June 13 with the objective of ensuring 100 per cent coverage of the first vaccine dose for those above 18 years of age, Chief Min […]

Kolkata, June 11 : In a big blow to the Bharatiya Janata Party (BJP) in West Bengal, its all-India Vice President and MLA Mukul Roy joined the Trinamool Congress on Friday along with his son Subhrangs […]

London, June 11 : The Prince of Wales and Manoj Badale, lead owner of the Indian Premier League (IPL) side Rajasthan Royals, on Thursday flagged off a cycling event here to raise funds for Covid relie […]

Kolkata: Passengers arrive at Howrah station to board their trains, during the ongoing COVID-induced lockdown, in Kolkata, Saturday, June 12, 2021. ( /PTI […]