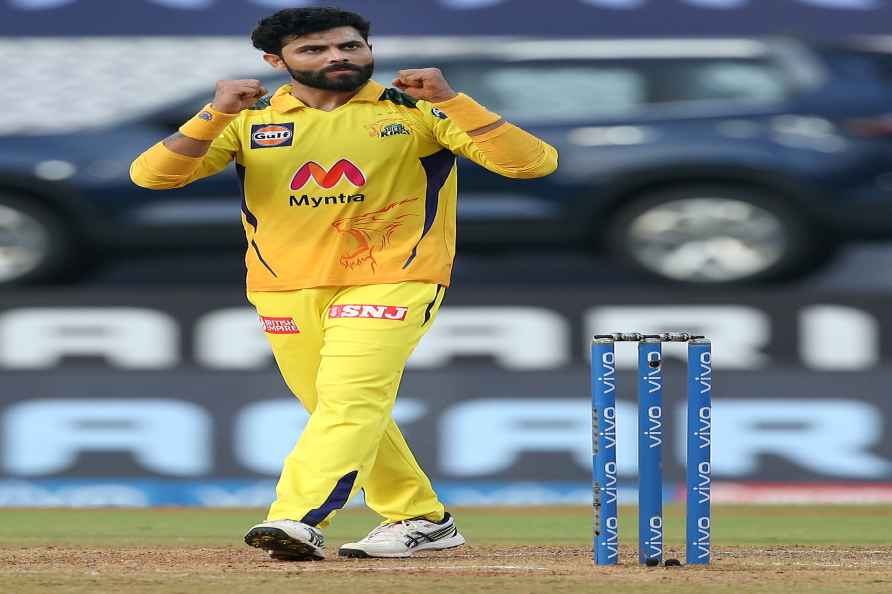 New Delhi, May 4 : Wednesday's Indian Premier League (IPL) match between Chennai Super Kings (CSK) and Rajasthan Royals (RR) has reportedly been postponed after two members from the CSK contingent tested positive for Covid-19. The match was set to be played at the Arun Jaitley Stadium and will be the second game to be postponed due to the pandemic after Monday's match between Kolkata Knight Riders and Royal Challengers Bangalore was deferred. CSK's CEO K. Vishwanath told ESPNCricinfo that the team had written to the IPL on Monday that that the entire contingent was isolationg immediately after it bowling coach L. Balaji and a cleaner of the team bus had tested positive for Covid-19. "The IPL SOPs say if any member of the team is infected the rest of the group needs to isolate for seven days. So we have informed the IPL on Monday," Viswanathan told ESPNCricinfo. CSK on Tuesday officially confirmed that it Balaji and a "member of the travel support staff" tested positive. "The rest of the Super Kings squad will remain in isolation as per IPL protocols," the franchise said in the statement which they posted on their social media handles. Earlier, Kolkata Knight Riders' (KKR) match against Royal Challengers Bangalore, which was scheduled to be played in Ahmedabad on Monday, was postponed due to two of KKR's players testing positive. /IANS

New Delhi, June 3 : Budget allocation of $20 billion to 13 core sectors of the economy, under the PLI scheme will encourage incentive-led manufacturing base and has the potential to position India in […]

Hyderabad, June 3 : Opposition parties in Telangana on Thursday strongly condemned arrest of a journalist, calling it an attempt to crush freedom of press. G. Raghu Ramakrishna, who works for To […]