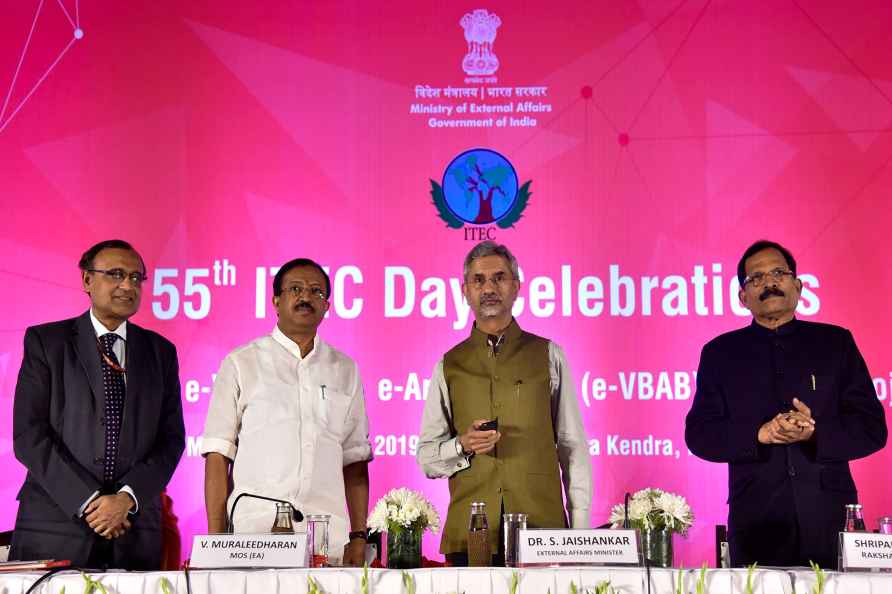 By Arul Louis New York, May 4 : India's External Affairs Minister S. Jaishankar and US Secretary of State Anthony Blinken have discussed increasing Covid-19 vaccine production capacity during their meeting in London. After their meeting on Monday, Jaishankar said that they "discussed how our collaboration could help globally in expanding vaccination capabilities", according to a transcript of his remarks distributed by the State Department. "Among the many subjects we discussed was, first and foremost, the strong support we are getting from the US on dealing with the Covid situation. We are very, very appreciative of that," the Minister said. Blinken said: "We remember so well when India came to our assistance in the early days of Covid in a very important and powerful way, and we are joined in this fight together and determined to do everything we can to help, and then for our two countries to continue to work even more closely together to help deal with what is a truly global challenge." The US has pledged $100 million in aid to India to fight the devasting surge in Covid-19 cases and has already sent four planeloads of oxygen cylinders and concentrators and vital medicines like Remdesivir. Jaishankar is in London as a guest at the meeting of the G7 Foreign Ministers. State Department spokesman Ned Price said that Blinken "reaffirmed India's important role when it comes to the climate crisis and as a leading partner in the Indo-Pacific". "They also discussed ways to deepen cooperation in multilateral fora, including at the UN Security Council and as a G7 guest country." Jaishankar tweeted: "Our meeting also covered issues of Indo-Pacific, UN Security Council, Myanmar and climate change." With the US Air Force handling the transportation of Americaan aid to India, Pentagon spokesperson John Kirby said that Defence Secretary Lloyd Austin has assured India's Defence Minister Rajnath Singh "that we'll continue to do whatever we can to help". "Three US Air Force C-5 Super Galaxies and one C-17 Globemaster are continuing to deliver critical supplies. The third aircraft will arrive later today (Monday) in India and the fourth flight will arrive tomorrow. "Once all four missions are complete, the four aircraft will have delivered tons of very needed, critical supplies, both in terms of oxygen generation capabilities and personal protective equipment, and obviously we'll continue to assess the situation going forward," he added. (Arul Louis can be reached at arul.l@ians.in and followed @arulouis) /IANS

Nepal receives 1.5 mn J&J vaccines from US
Kathmandu, July 12 : Nepal on Monday received 1.5 million doses of the Johnson and Johnson (J&J) Covid-19 vaccines from the US. The US Ambassado

Kabul, July 12 : At least 40 Taliban militants were killed in multiple strikes carried out by the Afghan Air Force, the Ministry of Defence confirmed on Monday. In southern Helmand province, 14 […]

People wanting to apply for U.S.visas,

Port-au-Prince: People wanting to apply for U.S. visas react outside the U.S. embassy after learning the embassy will continue to be closed in Port-au-Prince, Haiti, Monday, July 12, 2021. President J […]

New Delhi, July 12 : Lifestyle social commerce platform Trell on Monday announced it has raised $45 million in a Series B round, which the company would use to further develop its AI and ML technologi […]