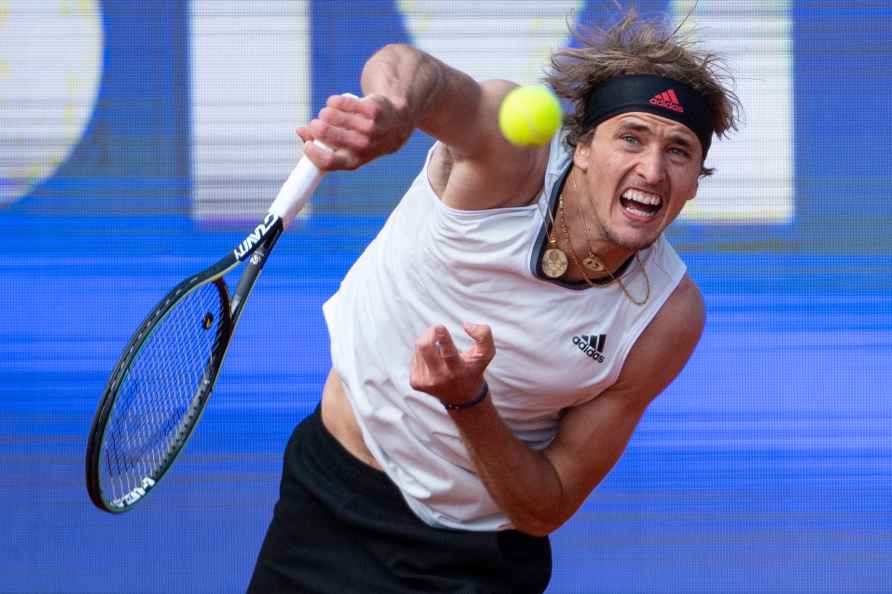 Munich, May 1 : Tennis player Ilya Ivashka earned the biggest win of his career at the BMW Open when he defeated World No. 6 Alexander Zverev in the quarter-finals. The Belarusian broke Zverev's serve to stay in the match at 4-5 in the second set and won nine of the final 12 games of the match to clinch a 6-7(5), 7-5, 6-3 victory on Centre Court. Ivashka capitalised on double faults late in the second set from the two-time champion and claimed the crucial break of the decider at 4-3 to earn his maiden top-10 win. "This match was really tough for me and I was (close to losing) in the second set," Ivashka said in his post-match interview to atptour.com. "I managed well and I tried to stay in and fight until the last moment to see if he would give (me) chances and it happened." Ivashka owns a 6-2 record on clay this season, following runs to the AnyTech365 Andalucia Open quarter-finals in Marbella and the Barcelona Open Banc Sabadell second round. Last week in Barcelona, the World No. 107 won three matches from qualifying and pushed eventual champion Rafael Nadal to a third set. "I just came to play match after match," Ivashka said. "I knew that I had played well (in the) previous weeks but I was not expecting (this run)." Ivashka is through to his second ATP Tour semi-final, more than three years after his run to the final four at the 2018 Open 13 Provence in Marseille. The 27-year-old will face Jan-Lennard Struff for a spot in the championship match, with both players attempting to reach their first ATP Tour final. Struff won the pair's only previous ATP head-to-head meeting last year. "(Struff) is a great player," Ivashka said. "We played one time in Davis Cup last year and it was a good match. He played unbelievable." /IANS

Naomi withdraws from French Open due to mental health issues
Paris, June 1 : World No. 2 Naomi Osaka of Japan on Monday withdrew from the French Open over her stand to not to speak to the media due to her mental

Naomi withdraws from French Open due to mental health issues

Paris, June 1 : World No. 2 Naomi Osaka of Japan on Monday withdrew from the French Open over her stand to not to speak to the media due to her mental health. Naomi, 23, defeated Romania's Patri […]

Mumbai: A shopkeeper place a saree on a hanger at a shop after all non-essential shops were allowed to remain open between 7 am and 2 pm, at Dadar in Mumbai, Tuesday, June 1, 2021. ( /PTI […]

Bengaluru, June 1 : New Covid cases plunged to 16,604 in a day across Karnataka, with 3,992 cases in Bengaluru, while 411 succumbed to the infection during the day, said the state health bulletin on M […]

Guwahati: Vehicles ply on a road during relaxation hours in the ongoing COVID-19 lockdown, in Guwahati, Tuesday, June 1, 2021. ( /PTI […]