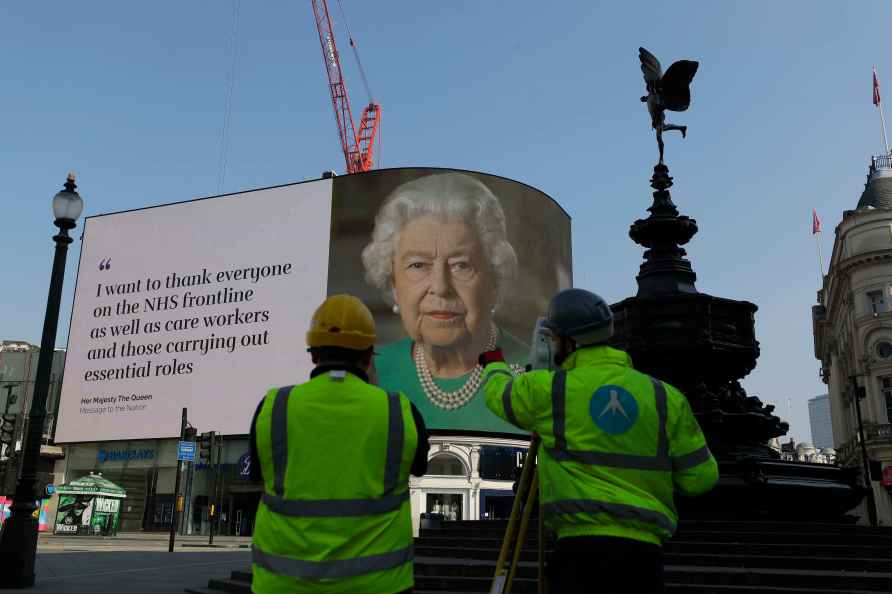 London, March 6 : The UK's coronavirus reproduction number, also known as the R number, remains still below one, the government's Scientific Advisory Group for Emergencies (SAGE) has announced. This week's R number falls between 0.7 and 0.9, largely unchanged from last week's, which was between 0.6 and 0.9, Xinhua news agency quoted the group as saying on Friday. The figures mean that on average, every 10 people infected with coronavirus will infect between seven and nine others. If the R number is above one, it means the coronavirus outbreak is growing exponentially. "Although the epidemic continues to decrease nationally, there may be more variation in transmission locally, with some indications that the rate of decline in infections could be slowing in some areas," the government's Scientific Pandemic Influenza Group on Modelling (SPI-M) said in a statement. Health officials also warned that the number of people infected in England is still high compared to last summer, when just one in 2,000 people had the virus. The current Covid-19 growth rate in the UK is estimated to be between minus 5 per cent and minus 3 per cent, which means the number of new infections is shrinking by between 3 per cent and 5 per cent every day. Last week it was between minus 6 per cent and minus 2 per cent. England is currently under the third national lockdown since outbreak of the pandemic in the country. Similar restriction measures are also in place in Scotland, Wales and Northern Ireland. On February 22, Prime Minister Boris Johnson announced his long-anticipated "roadmap" exiting the lockdown. Schools in England will reopen on March 8 as first part of the four-step plan, which Johnson said was designed to be "cautious but irreversible". /IANS

Gurugram admn on high alert amid surge in Covid cases
Gurugram, April 5 : Due to the surge in the number of Covid-19 cases in Gurugram, the district administration on Monday decided to take effective meas

Prithvi Shaw can be a superstar: Ponting

New Delhi, April 5 : Delhi Capitals head coach Ricky Ponting believes opening batsman Prithvi Shaw has the potential to become a superstar. Shaw had a poor outing in IPL 2020 as he got a string […]

Centurion, April 5 : Ace Pakistan leg-spinner Shadab Khan has been ruled out of the remaining matches of the limited-overs series against South Africa as well as the tour of Zimbabwe that follows due […]

Bengaluru, April 6 : Maintaining upward trend, 5,279 new Covid cases were registered in Karnataka, with 3,728 from Bengaluru in a day, said the state health bulletin on Monday. "With 5,279 cases […]