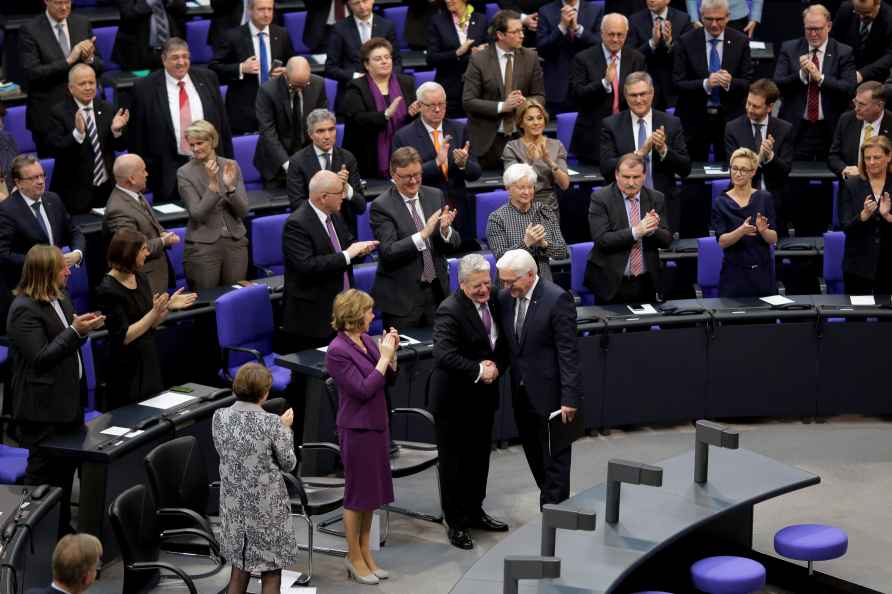 Berlin, March 6 : The German government would pay around 2.4 billion euros ($2.9 billion) to four energy companies in compensation for losses incurred due to the country's accelerated nuclear phase-out, according to an official statement. The joint statement published by the Ministries of the Environment, Finance and Economic Affairs on Friday said the companies -- EnBW, E.ON/PreussenElektra, RWE and Vattenfall -- would each receive a share of the sum as compensation for investments they had made in "reliance on the lifetime extension" for nuclear power plants, Xinhua news agency reported. The agreement would end a long-running legal dispute and the German government would implement rulings handed down by the Federal Constitutional Court from 2016 and 2020. The court ruled that compensation payments should be granted to said companies. As part of the agreement, the utilities agreed to withdraw all pending legal action and to waive any claims or legal remedies against the compensation scheme, according to the statement. This would also end the international arbitration proceedings launched by Swedish company Vattenfall against the German government at the International Center for Settlement of Investment Disputes (ICSID) in Washington D.C. "This is a conservative implementation of the court decisions in Germany that in the end is acceptable to us," said Anna Borg, President and CEO of Vattenfall. "We welcome the envisaged agreement as it puts an end to many years of costly and time-consuming disputes around the German nuclear phase-out." In the wake of the Fukushima nuclear disaster in 2011, Germany further accelerated the country's nuclear phase-out that had already been scheduled. The last nuclear power plant in Germany is scheduled to go offline by the end of 2022. /IANS

UP BJP to connect workers at booth level on foundation day
Lucknow, April 6 : The BJP in Uttar Pradesh will celebrate its foundation day on Tuesday by hosting a series of functions at the booth level. Th

Proposal to impose night curfew in Delhi under discussion

New Delhi, April 6 : As the national capital is witnessing a continued increase in the number of new Covid-19 cases since the past three weeks, a proposal to impose a night curfew is being discussed b […]

Kidnapped Bihar boy recovered from UP

Lucknow, April 6 : A class 12 student of Bihar's Darbhanga district, who had been allegedly kidnapped, was recovered by the Uttar Pradesh police from the Swarna Jayanti Express at Aligarh railway stat […]

COVID-19: Night curfew imposed in Delhi from 10 pm to 5 am till April 30, say Delhi govt officials.

South 24 Parganas: Voters queue up to cast their votes at a polling station during the third phase of West Bengal Assembly elections, at Baruipur in South 24 Parganas district, Tuesday, April 6, 2021 […]