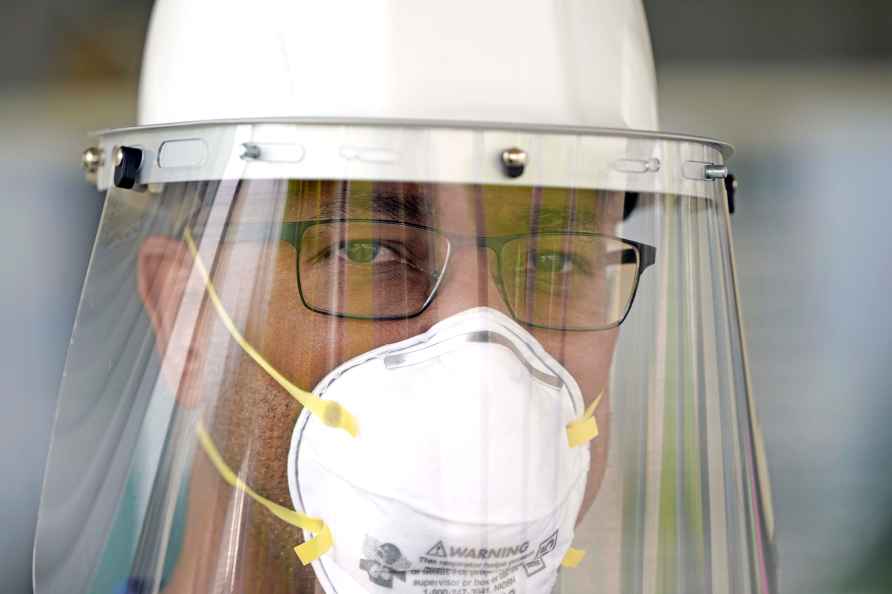 By Durga Chakravarty New Delhi, March 6 : Rajkummar Rao has time and again proved that he is one of the best actors in Hindi cinema. Be it his performance as the strong-willed lawyer in Shahid, a dreaded terrorist in Omerta, a gullible boy in Stree or the naive Pritam in Bareilly Ki Barfi, the actor has raised his bar with every new role. "The journey has been pretty overwhelming. I never expected this to happen. I always wanted to work of course and that's why I invested so much time on training and came to the city with no background or backbone, and with very little money. From there to here it is still like a dream to me, but I don't sit back and think about it," Rajkummar told IANS. The actor likes to lives in the moment. "I live each day as it comes so I just enjoy each and every moment. I love acting and playing different characters on screen and as long as that is happening I am more than happy," he added. How does he manage to up his own game each time with his performance? "I really don't know. I just love what I do and I want to take risks. I try to do something different from what I have done earlier," he replied. The 36-year-old actor currently awaits the release of her next film Roohi, a horror comedy. The film co-stars Janhvi Kapoor and Varun Sharma. Roohi follows his 2018 hit Stree, which seems to have started a gamut of horror comedies in Bollywood, including "Atithi Bhooto Bhava", "Phone Bhoot", "Bhoot Police" and "Bhool Bhulaiya 2", with "Laxmii" having already released last year. "I hope all these films do well at the box-office. The point is to take Indian cinema to the next level and raise the standard of our cinema, which is already on the way up. We are making way more good content now, so I just hope all these films are amazing and do well," Rajkummar told IANS. Roohi is is slated to hit the big screen on March 11. With the sudden rise in Covid cases, is he concerned about audience turnout at the theatres? "No, not really. I think the kind of precautions the theatres are taking you will feel pretty safe going there... We anyway see people going out, of course people are being careful but that is the same thing. You have to be a little careful while you go watch a film but the experience of watching a film on the big screen in a dark theatre is something else. That you cannot recreate anywhere else," he replied. (Durga Chakravarty can be contacted at durga.c@ians.in) /IANS

Aahana Kumra would 'do even a small role with a good actor'
By Yashika Mathur Mumbai, April 7 : Actress Aahana Kumra stars in Madhur Bhandarkar's next film "India Lockdown", and she will also be seen in the

Why Vaquar Shaikh ended up on 'Silence' set on off-day
Mumbai, April 7 : Actor Vaquar Shaikh features alongside Manoj Bajpayee and Arjun Mathur in the thriller film "Silence... Can You Hear It?". He is cas

Amit Sadh quits social media
Mumbai, April 7 : Actor Amit Sadh on Wednesday uploaded what will possibly be his last post on Instagram. In the post, he informed fans that he is lea

Amaravati, April 7 : A day after a single judge bench of the Andhra Pradesh High Court stayed the MPTC and ZPTC polls, a larger bench srtuck off that order on Wednesday, paving the way for conducting […]

Jammu, April 7 : Jammu and Kashmir on Wednesday reported the highest number of Covid-19 cases in a single day this year as 812 tested positive during the last 24 hours, and six more patients succumbed […]

New Delhi, April 7 : After the Assembly elections concluded in Assam, Tamil Nadu, Kerala and Puducherry on Tuesday, the BJP has now shifted all its focus to the remaining 203 seats in West Bengal, whe […]

By Khurram Habib New Delhi, April 7 : Nicholas Pooran, who had the best batting strike rate for batsmen with over 300 runs in the last edition of Indian Premier League, says his Punjab Kings teamma […]