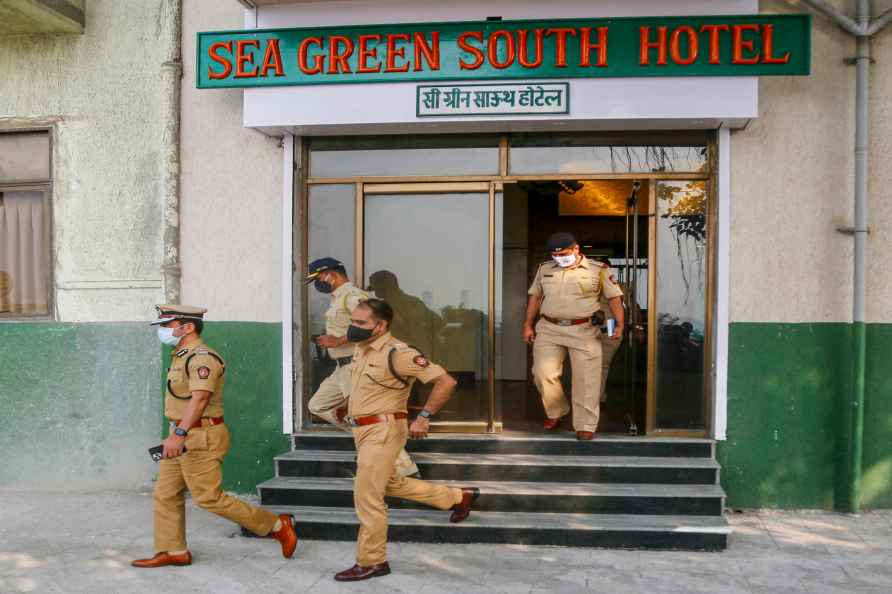 Mumbai, Feb 22 : In a case of purported suicide, Dadra & Nagar Haveli MP Mohan S. Delkar was found hanging in a Mumbai hotel room on Monday morning, officials said. The prima facie cause of death of Delkar, the leader of the Bharatiya Navshakti Party, is suspected to be suicide by hanging, and police have recovered a suicide note from the death scene, said an official. Police are investigating when and why he arrived in Mumbai and checked into the Hotel Sea Green South, a sea-facing hotel on Marine Drive, where his body was recovered this morning, who was with him or he had interacted with, and other details. "The Marine Drive Police team is at the spot. A suicide note has also been recovered Investigation is being carried out. Prima facie, it's a case of hanging, but the exact cause of death will be known only after the post-mortem is conducted," a Mumbai Police spokesperson told IANS. A former Congress leader, Delkar, 58, was a seven-term Lok Sabha MP representing the Union Territory of Dadra & Nagar Haveli, adjoining Maharashtra-Gujarat, from 1989 to 2009 and again since 2019. /IANS

Yangon:Anti-coup protesters display an image of protester who was shot and killed by Myanmar security forces during a protest two-days earlier as they gather to protest in Yangon, Myanmar Tuesday, Feb […]

Kolkata, Feb 22 : A team of the Central Bureau of Investigation (CBI) recorded the statement of Trinamool Congress MP Abhishek Banerjee's sister-in-law Menka Gambhir in connection with its probe into […]