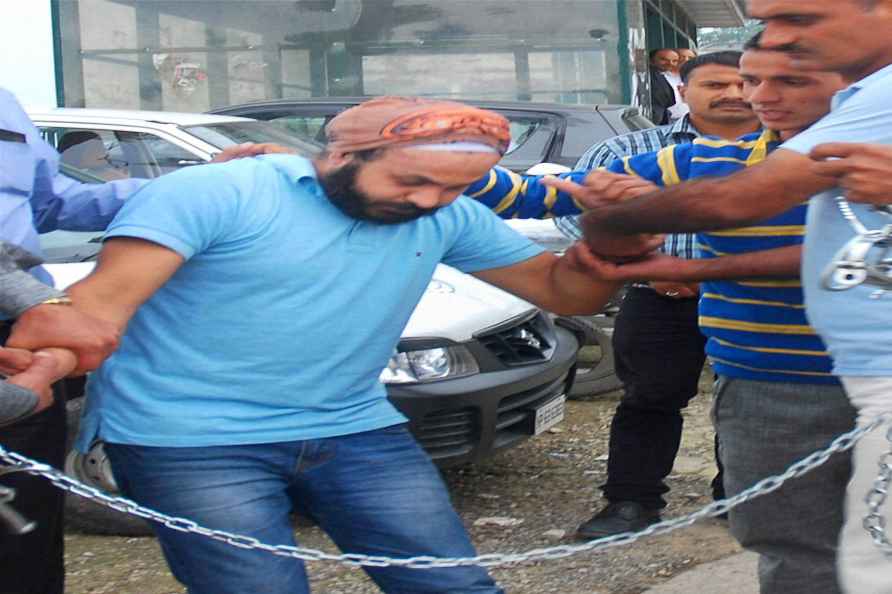 New Delhi, Feb 18 : The Delhi Police have arrested three men in connection with the murder of a 34-year-old man, who ran a YouTube channel for local news and also worked as a housekeeper in a housing society. The man was allegedly shot dead in Bharat Vihar area in Dwarka. The victim, who has been identified as Dalbeer, was admitted to the hospital on Thursday for accident, but later the police found a gunshot injury on his head. The police then registered a case of murder and initiated the investigation. On technical analysis, the Delhi Police found that Dalbeer was in touch with one of his relatives, Gurmeet, a resident of Karnal in Haryana. Later, it was found that Gurmeet was also in the proximity when Dalbeer was shot in the head. During the course of investigation, Gurmeet told the police that he had asked Dalbeer to arrange a weapon for celebrity firing during his marriage. When Dalbeer came with the weapon on his Scooty, Gurmeet, who was checking the weapon, accidently opened fire. The bullet hit Dalbeer on his head and he collapsed. The accused fled from the spot with his two associates who were waiting at a distance. The three were arrested later. "We have arrested the accused Gurmeet and two others who accompanied him. His claims are being verified. Legal action according to the law is being taken," said Santosh Kumar Meena, DCP, Dwarka. /IANS

14 arrested in Britain after protest turns violent
London, March 24 : At least 14 people have been arrested following a second "Kill the Bill" protest in Bristol in three days, the police said on Wedne

Paris, March 24 : French President Emmanuel Macron has stressed on the importance of vaccination as the country's Covid-19 cases kept rising. "Vaccination is a national priority," Macron told re […]

SSR's sister on 'Chhichhore' National Award: Wish you're there

Cong, Left: friends in TN, opponents across the border

Chennai, March 24 : The two Communist parties, CPI-M and CPI are in a political alliance with the Congress in Tamil Nadu, but in Kerala they are the main political adversaries. The permutation and com […]