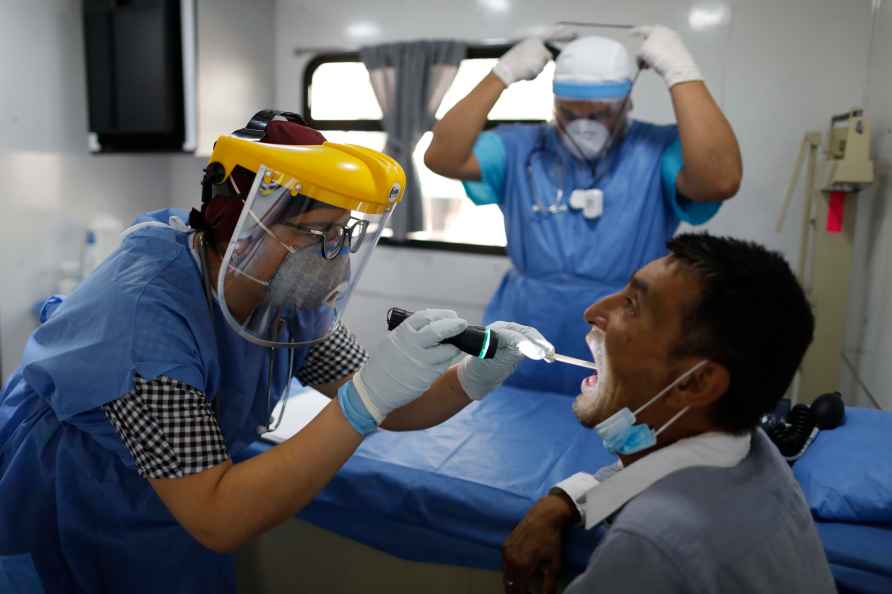 New Delhi, Feb 16 : The Central teams deputed by the Union Health Ministry to look for the cause of the sudden spurt of Covid-19 cases in Kerala and Maharashtra as well as assist state authorities to deal with it, have found that both states had substantially reduced the number of RT-PCR tests they conducted, officials said on Tuesday. Union Health Secretary Rajesh Bhushan said that the teams found multiple lacunae which led to a rise of daily infections in both Kerala and Maharashtra. "However,one common thing was that over a period of time, the percentage of RT-PCR tests in Maharashtra as well as Kerala have gone down significantly. There is a need to substantially increase the testing numbers through RT-PCR in both the states," he added. Dr V.K. Paul, Member (health), NITI Aayog and head, National Task Force for Covid-19, said that negligence for the measures to control the pandemic was seen in both the states. "If we trace the case history in Kerala, then pandemic fatigue was observed there when the festival season started in the state. We have to keep reminding ourselves that our complacency would eventually result in suffering. There is no guarantee that the virus would not strike back. So it is advisable to maintain covid appropriate behaviour even if the cases are sharply declining in your area," he cautioned. All India Institute of Medical Services (AIIMS) Director, Dr Randeep Guleria had, however, evoked the possibility of an undetected mutant strain of Sars-CoV-2 circulating in the two states. "We will have to investigate whether any mutant strain of coronavirus is under circulation in the state which is causing spurt in the daily infection," Guleria had told IANS. Earlier this month, the Union Health Ministry had deputed two high-level multi-disciplinary teams to Kerala and Maharashtra to collaborate with the state health authorities in instituting public health measures for Covid-19 management as both statescontinued to report a large number of cases at a time when almost all states and Union Territories are showing a declining trend in number of cases and deaths due to the viral disease. The central team to Maharashtra comprised experts drawn from the National Centre for Disease Control (NCDC) and Ram Manohar Lohia (RML) Hospital, New Delhi. The Kerala team comprised senior officials from the Union Health Ministry along with experts from its regional office at Thiruvananthapuram and the Lady Hardinge Medical College, New Delhi. /IANS

Delhi reports drop in Covid cases, but 6 deaths now
New Delhi, June 20 : Delhi on Monday reported a significant decline in Covid cases in last 24 hours, at 1,060, against 1,530 on the previous day, whil