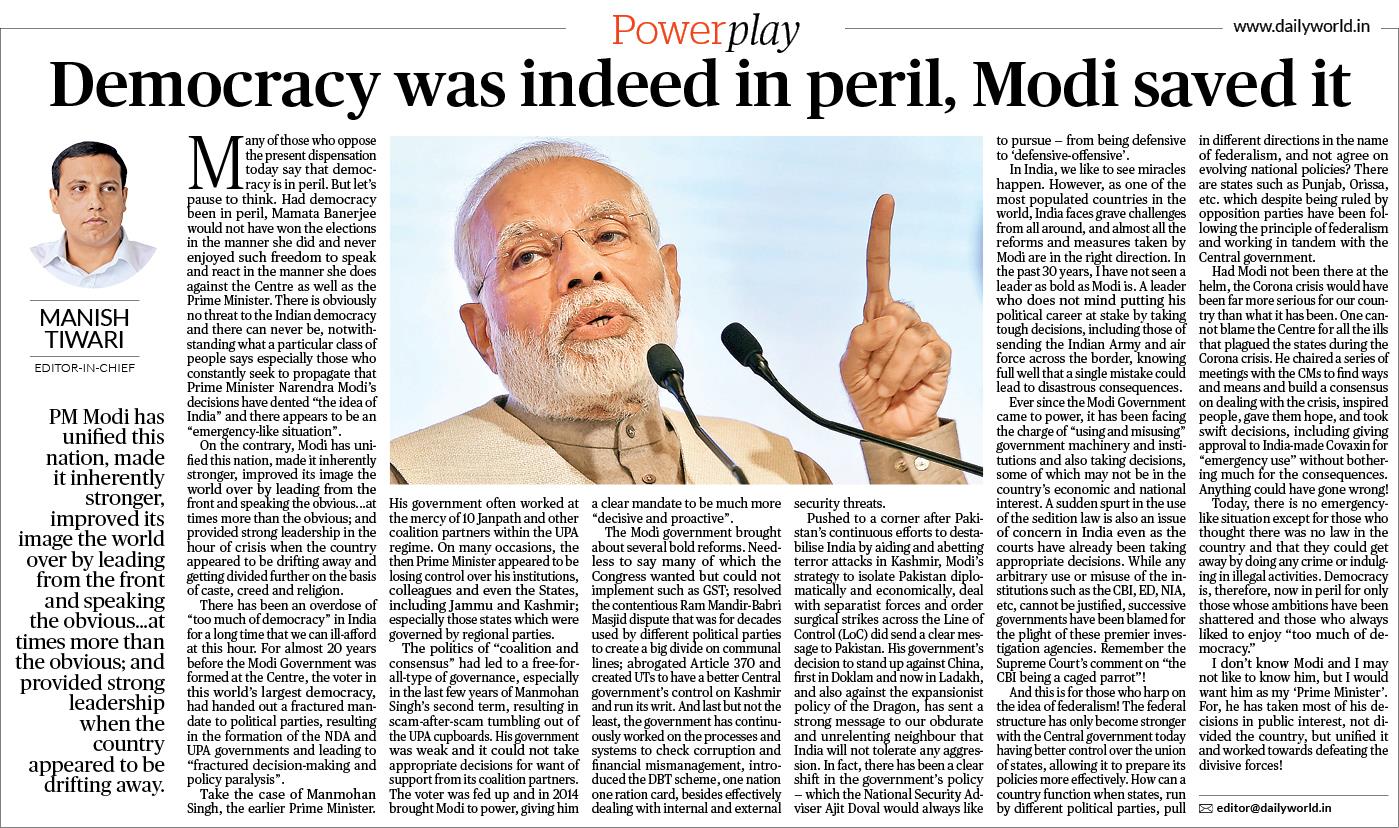 Manish Tiwari | Chandigarh Many of those who oppose the present dispensation today say that democracy is in peril. But letâ€™s pause to think. Had democracy been in peril, Mamata Banerjee would not have won the elections in the manner she did and never enjoyed such freedom to speak and react […]

DW/ New Delhi, Feb 12 (IANS) Google search website briefly tested dark mode for desktops last year and now a new report claims that the test is being conducted again. The dark mode has been available on Google Search for Android for months now but it's only now that Google is bringing it to deskt […]

DW / New Delhi, Feb 12 (IANS) The smartphone market in India will potentially grow over 10 per cent (year-on-year) in 2021 and 5G shipments are expected to grow tenfold to cross 30 million units this year, a new report said on Friday. Even though the 5G network will not be available until late 20 […]

DW / New Delhi, Feb 11 (IANS) Homegrown, vernacular microblogging platform Koo, which has emerged as a favourite among a section of users who want to quit Twitter, has found itself in the midst of several controversies including a data leak row and Chinese investment. These issues have emerged at […]

By Sanjeev Sharma New Delhi, Feb 1 : Insurance policies where the premium is over Rs 5 lakh will no longer be tax exempt, as per the provisions in the Union Budget 2023-24. Kapil Mehta, Co-fo […]

Large potential to be tapped in tourism: FM in budget speech

New Delhi, Feb 1 : With an aim of boosting tourism in the country, the Union Budget 2023-24, proposed by Finance Minister Nirmala Sitharaman on Wednesday, promises to award huge opportunities for jobs […]